Scientists are using genetics to unwind the secrets of spider silk • Earth.com 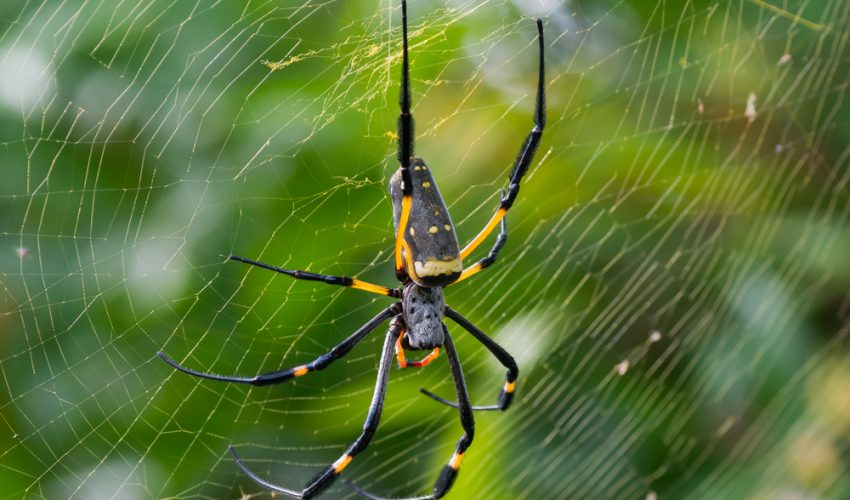 Scientists are using genetics to unwind the secrets of spider silk

Spider silk is one of the strongest natural substances on Earth, and it’s lightweight, flexible and tough, too. With genetics, for the first time scientists have been able to begin unraveling the secrets found in a spider’s web.

“There were so many surprises that emerged from our study: new silk genes, new DNA sequences that presumably confer strength, toughness, stretchiness and other properties to silk proteins; and even a silk protein made in venom glands rather than silk glands,” said senior author Dr. Benjamin F. Voight, an associate professor at Penn’s Perelman School of Medicine, in a press release.

Among the researchers’ findings is that the golden orb-weaver spider – scientific name Nephila clavipes – can produce 28 varieties of silk proteins, and the spider’s full genome sequence is nearly as long as a human’s. The scientists used the genome to spot patterns that could explain the unique properties of each of the spider’s types of silk.

The genes that control silk protein production, known as spidroins, include silks the spiders use to tie up prey and rappel down from their webs. However, the researchers have discovered some new types of silk, and even found a gene they dubbed FLAG-b, which seems to be a silk produced in the spider’s venom gland.

The researchers also spotted repeated “motifs” in the genetic sequences linked to silk production that might prove useful to other researchers studying spider genetics.

“All this new information should greatly advance our efforts to capture the extraordinary properties of these silks in man-made materials,” Voight said.

Scientists have been studying spider silks for more than 50 years. Recent years have allowed researchers to study some of the genes linked to silk production, but without a full genome sequence, a full understanding of how different types of spider silk are produced was out of reach.

The research will prove useful not just to engineers, but to medical researchers. Some types of spider silk have been discovered to have antibacterial or antifungal properties.

The study will be published in the journal Nature Genetics. Research funding was provided by the Alfred P. Sloan Foundation and the National Institutes of Health.