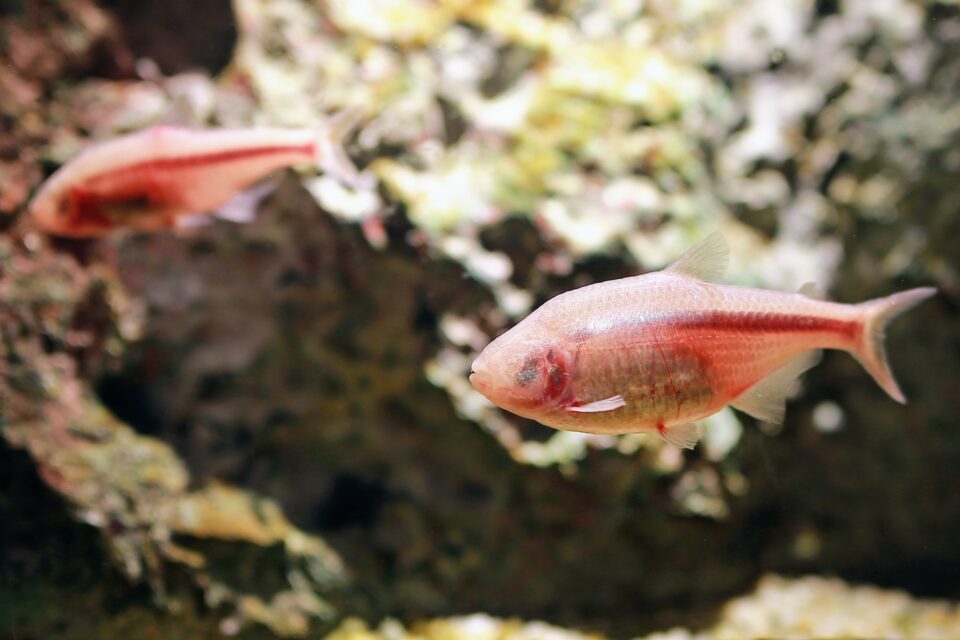 How do blind cave fish live in low oxygen waters?

Blindness is a common and well known adaptation for animals living their entire lives in the total darkness of caves. In particular, blind cave fish live in the depths all over the world. Researchers at the University of Cincinnati (UC) have been examining Mexican cave fish (Astyanax mexicanus) for years.

Previously, the experts have suggested that the fish’s asymmetrical head could be an adaptation to navigating in the dark. They discovered their pink color is controlled by the gene that gives people red hair. “I’ve been fascinated by these fish for a long time,” said UC Professor Joshua Gross.

Interestingly, despite obvious differences in appearance and physiology, the Mexican cave fish is the same species as some found above ground and the two can interbreed freely when they do happen to come into contact with each other.

“Unlike Charles Darwin’s finches in the Galapagos that are separated at the species level, both the cavefish and surface fish are considered members of the same species and can interbreed,” said Professor Gross.

One interesting difference between the fish above ground and the cave fish is that of oxygen levels in the water. Stream water is oxygenated by natural movement. Water in cave pools is often still and thus very low in dissolved oxygen content. The researchers wanted to know how the fish were able to survive this and the lack of nutrients found in caves.

“They move around all the time, but they have little access to nutrition,” said study lead author Tyler Boggs. “It’s a paradox. They’re expending all this energy. Where does it come from?”

“That size difference largely explains the differences in hematocrit,” said Professor Gross. “We know very little about the mechanism of cell size in evolution, so this finding is something we could capitalize on to gain insight into how animals evolve elevated hemoglobin capacity.”

The scientists hope that understanding the cave fish adaptation to low oxygen levels might help us understand the lower oxygen levels created everywhere by climate change.

“There is a lot of ecological relevance here,” said Boggs. “It’s happening in freshwater environments, saltwater environments. Researchers are trying to call attention to this awful issue.”