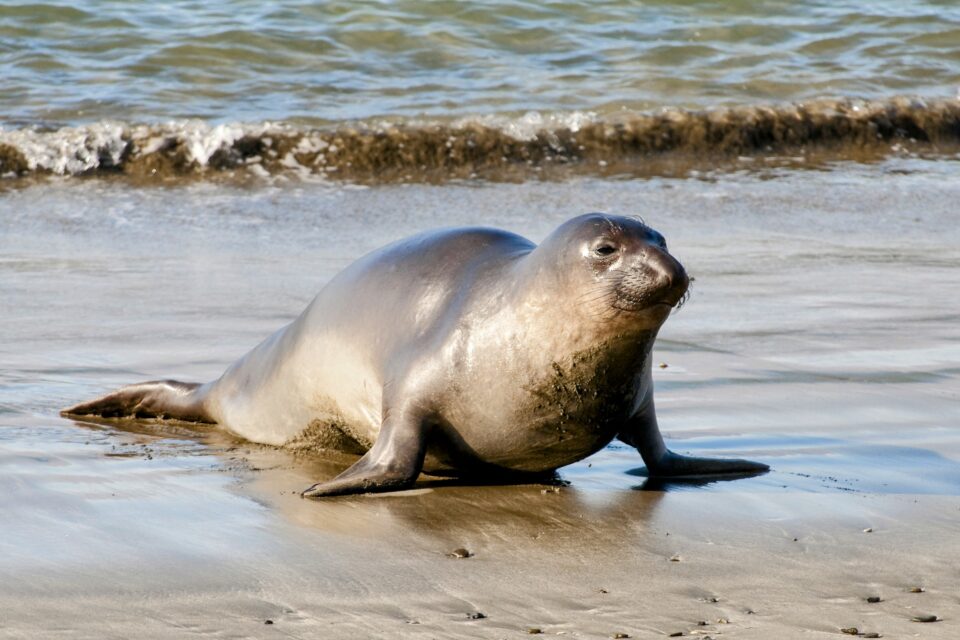 Each year, pregnant elephant seals travel over 10,000 kilometers across the Eastern North Pacific Ocean before returning to their breeding beaches to give birth (in about five days after their arrival). A new study led by the University of California Santa Cruz has found that this 240-days trek is possible due to the animals’ impressive navigation abilities depending upon an internal map sense that functions much like an in-built GPS system.

“We found that migrating elephant seals know how far they are from their breeding beach thousands of kilometers away. They also know approximately how long it will take them to get back,” said study lead author Roxanne Beltran, a postdoctoral researcher in Ecology and Evolutionary Biology at UC Santa Cruz.

Although scientists have long known that elephant seals are expert navigators, how the seals managed to make it back to the beach just in time for the breeding season remained a mystery. By using satellite tracking data collected from over 100 adult female seals, Dr. Beltran and her colleagues discovered that elephant seals can adjust the timing of their travels based on a complex internal perception of space and time.

The data suggested that seals decided to turn around based on how far they were from the breeding beaches. According to the researchers, these decisions were not related to their body condition, measured as amount of body fat.

“We were surprised that foraging success or percent body fat was not more strongly related to when seals begin the return portion of the migration,” Beltran said. “We expected that highly successful (i.e. fatter) seals might end their foraging trips earlier, but that was not the case; instead, it seems like they are well programmed to turn around strategically based on where they are and in turn how long it will take them to get back.”

Further research is needed to find out what sensory cues the elephant seals depend on to keep track of where they are and to decide to head in the right direction at the right time. Clarifying these issues will help scientists better understand elephant seals and devise more efficient strategies of conservation.