Blue butterflies are set to become widespread across Canada • Earth.com 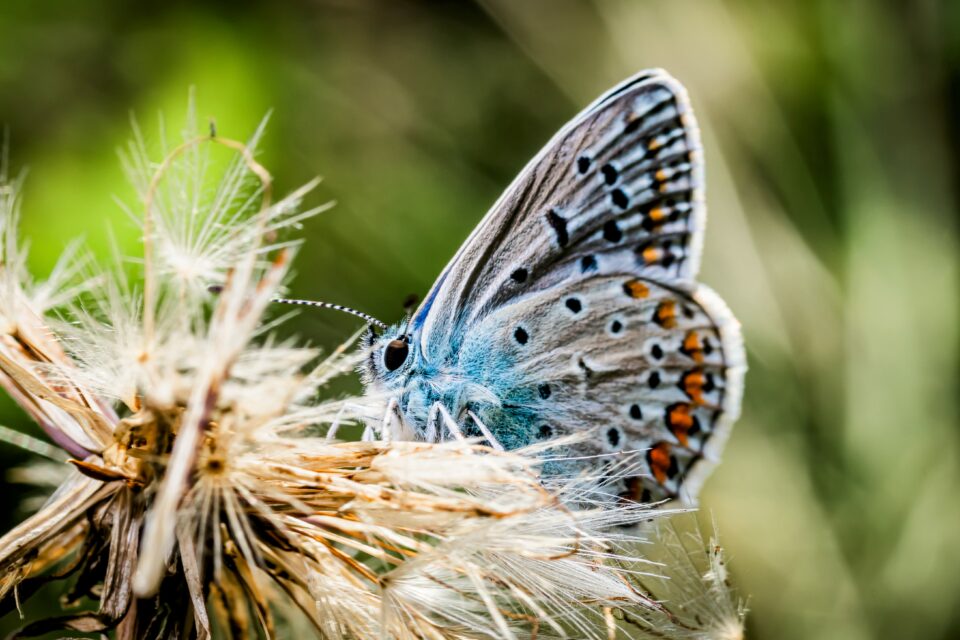 Blue butterflies are set to become widespread across Canada

The European Common Blue butterfly, Polyommatus icarus, was first recorded in Montreal, Québec in 2005. This species prefers to live in urban areas and its caterpillars depend on a host plant that is widespread throughout Canada. Given these circumstances, researchers at the University of Ottawa felt it would be important to study the ecology of the blue butterflies.

The research began in 2017, at a time when the Canadian distribution of European Common Blues was restricted to southwestern Québec. The scientists were able to document the early colonization and spread of the newly-introduced species, providing insights into the process of invasion.

“The rate that animal and plant species are being introduced beyond their home ranges is increasing globally, but only a few of these species will become invasive – which means they are widespread, abundant, and have negative effects on ecological communities,” explained study first author and PhD student Stephanie Rivest.

The researchers found that the preferred food plant for P. icarus caterpillars is the bird’s-foot trefoil (Lotus corniculatus), which occurs throughout Canada. This means that there is the potential for these beautiful, blue-winged butterflies to invade the entire country as well.

Apart from studying the ecology of European Common Blues, the researchers also marked over 4,500 individuals in order to monitor their movements, and measured the flight ability of P. icarus adults.

The team’s results show that the introduced species can reach very high densities compared to those of native butterflies. Although the blue butterflies are not the most competent fliers, they are able to disperse successfully. Observations entered by citizen scientists onto websites such as eButterfly and iNaturalist confirm that the species has spread at least as far as Toronto, over 400 km away from the study area.

“Building on our initial assessment of P. icarus, we need future studies to model the predicted trajectory of range expansion and to investigate other potentially important factors,” said Dr. Heather Kharouba, the head of the lab where the research was conducted.

The study is published in the Canadian Journal of Zoology.