Blue light isn’t the problem, it’s how long we stare at our phones • Earth.com 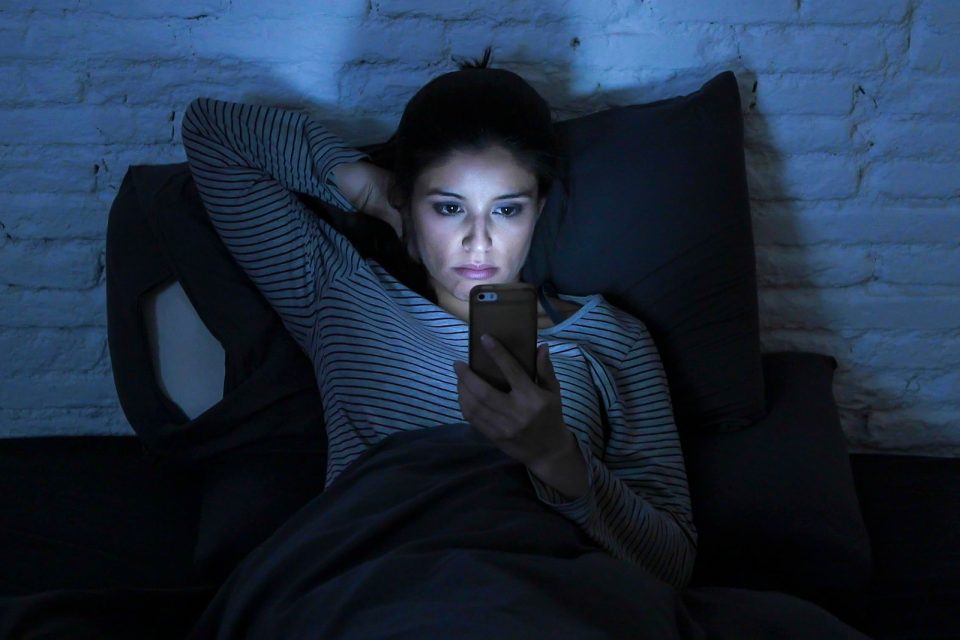 Blue light isn’t the problem, it’s how long we stare at our phones

A quick search on your phone’s app store for blue light filters will yield dozens if not hundreds of apps promising better sleep and relief from eye strain.

However, a researcher from Oxford University claims that it’s not blue light exposure that’s the problem, but rather how long into the night we use our devices.

Blue light describes the increased exposure to blue wavelengths we get by looking at phones, computers, and televisions. Not all blue light is bad for you, but research has shown links between blue light, digital eye strain, and disrupted sleep.

Protecting against blue light has become such a public health concern that phones have “night mode” filters. You can also buy special blue-light glasses if you spend most of your day looking at a computer screen.

Professor Russell Foster says that these special blue light filters are unnecessary because screen brightness is not likely to have much of an impact on a person’s sleep patterns.

According to Foster, the light from phones is not strong enough and the claim that blue light exposure is harmful has led to misinformation. People under the assumption that blue light filters will protect them may use their devices longer late at night as a result.

Phones, tablets, and TVs are a stimulant but not because of the light they emit.

“The amount of light that you get from screens is relatively low,” said Foster. “If you’re staying up all night and on the brightest screen, it might do something. But for most people, it is not going to have a big effect.”

Based on data from Harvard University, Foster suggests that for blue light exposure to impact circadian rhythms, we would need a lot more of it than what smartphones and tablets emit. Not only would we need more light but for long periods as well.

“It seems extremely unlikely that it is the light effects versus the alerting effects of these devices,” said Foster.

The reason you may feel groggy and unrested after binge-watching a show on your phone is not due to the blue light, but rather because you stayed up later than usual, according to Foster.

Instead of investing in blue light filters and other measures to reduce exposure to blue light from devices, more research is needed to thoroughly assess the health effects of blue light exposure.