Bobcats prove resilient in the face of human development • Earth.com 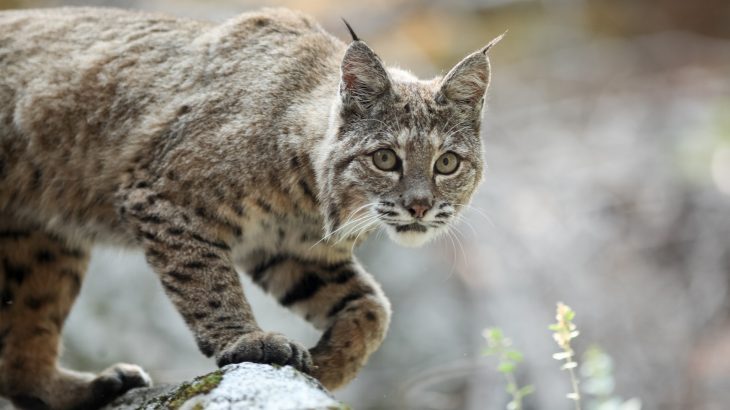 Bobcats prove resilient in the face of human development

It’s easy to look at the loss of wildlife across the United States and feel despair. Grizzly bears, bison, and wolves live on a tiny fraction of their former range with pitifully small populations. Passenger pigeons that once filled our skies as living, moving clouds of feathered beings are gone forever.

Stretching back towards the beginning of human occupation in North America, we’ve lost the mastodon, woolly rhinoceros, and giant ground sloths. Despite their popularity from Game of Thrones, dire wolves are also extinct.

But there is still plenty of life on Earth, and in North America in particular, to celebrate. Despite centuries as the object of violence, coyotes still live in the United States in enormous numbers. And despite being mismanaged, fought over, and used as political pawns, there are still some wolves, bison and grizzly bears. There are also smaller wild animals that quietly adapt to the changes in their environments and live near us without being given much notice.

Bobcats (Lynx rufus) have indeed shown to be resilient in the face of a rapidly changing landscape. Bobcats live in every state of the contiguous United States except Delaware, as well as southern Canada and much of Mexico. The bobcat has adapted to numerous habitats across that range from deserts to wetlands to cold northern forests. According to the International Society for Endangered Cats, bobcats are the most successful of North Americas wild cats.

Humans are still one of the major threats to bobcats, as humans hunt them, destroy their habitat, and accidentally kill them with cars and rat poison. One study showed that the leading cause of death among bobcats is feline scabies, which has been linked to anticoagulant rat poisons. If a bobcat eats a poisoned rat, there’s a strong likelihood that the cat will die as well.

Bobcat furs also lead the industry in feline skins with an average of 29,772 skins exported annually from the US between 2000 and 2006.  Because the human population is constantly on the rise, bobcats have had to contend more and more with our species. What was once wild habitat has increasingly become backyards, farmland, or golf courses. Because of these threats, conservation laws have protected bobcats throughout their range, with hunting being managed in 38 states, 7 Canadian provinces, and Mexico. The cats for their part have proven their ability to not only live but thrive near and in human dominated landscapes.

Much of the bobcat’s success comes from the abundance of their prey base. Bobcats mainly feed on rabbits and hares, small herbivorous mammals in no shortage almost anywhere in the US. Walk around a city park, there’s probably one of those little rabbits hiding somewhere under a bush nibbling on grass. They visit our lawns and they do well in the deserts, prairies, forests and wetlands outside of city areas as well. Besides their preferred food, bobcats are also flexible, eating lizards, small rodents, birds, snakes, roadkill. Bobcats have even been known to rarely kill a deer.

Another part of bobcat’s success is that they’re inconspicuous. Like urban coyotes, bobcats are mainly active at night, although they can adjust their schedule a bit depending on the local conditions. In urban areas bobcats are especially nocturnal. Bobcats also move around a lot to avoid being caught by a predator and to find their own prey.

Bobcats find temporary dens to rest in during the day and often move to a new den the next day, rarely staying in one spot for very long. Mother bobcats will often create several dens when they are about to have kittens. The mother then moves her kittens from one den to the next. Moving around like this, especially at night is one of the reasons bobcats are easily missed, even if they live in close proximity to humans.

Recently, a photographer published a photo essay following a mother bobcat that raised her kittens beneath the porch of a house in western Texas. This is one example of a bobcat adapting to a new way of living, raising her cubs in the shade of a house during the day and hunting in the scrublands surrounding the house at dusk and dawn.

Bobcats have been known to hunt at backyard bird feeders and eat roadkill along city streets. An article from 2017 reported that bobcats have made homes in Manchester, New Hampshire, Waverly, Iowa and just outside of Los Angeles. One wildlife photographer claims based on his own observations that almost every neighborhood in the greater Dallas Fort Worth area is home to bobcats.

Despite the successful recovery of bobcats from their lowest populations, it’s still worth remembering that although the cats are cunning and adaptable, they still rely on us to allow them to live. The fur trade if not well managed can threaten bobcats, rat poisons still cause the deaths of bobcats, and other predators. For now bobcats are thriving, but that success depends on food, water, places to live either in the wild or in more urban environments. The question for the future is whether humans will be happy to see bobcats living among them or if they will be treated as a nuisance like pigeons, coyotes or prairie dogs?