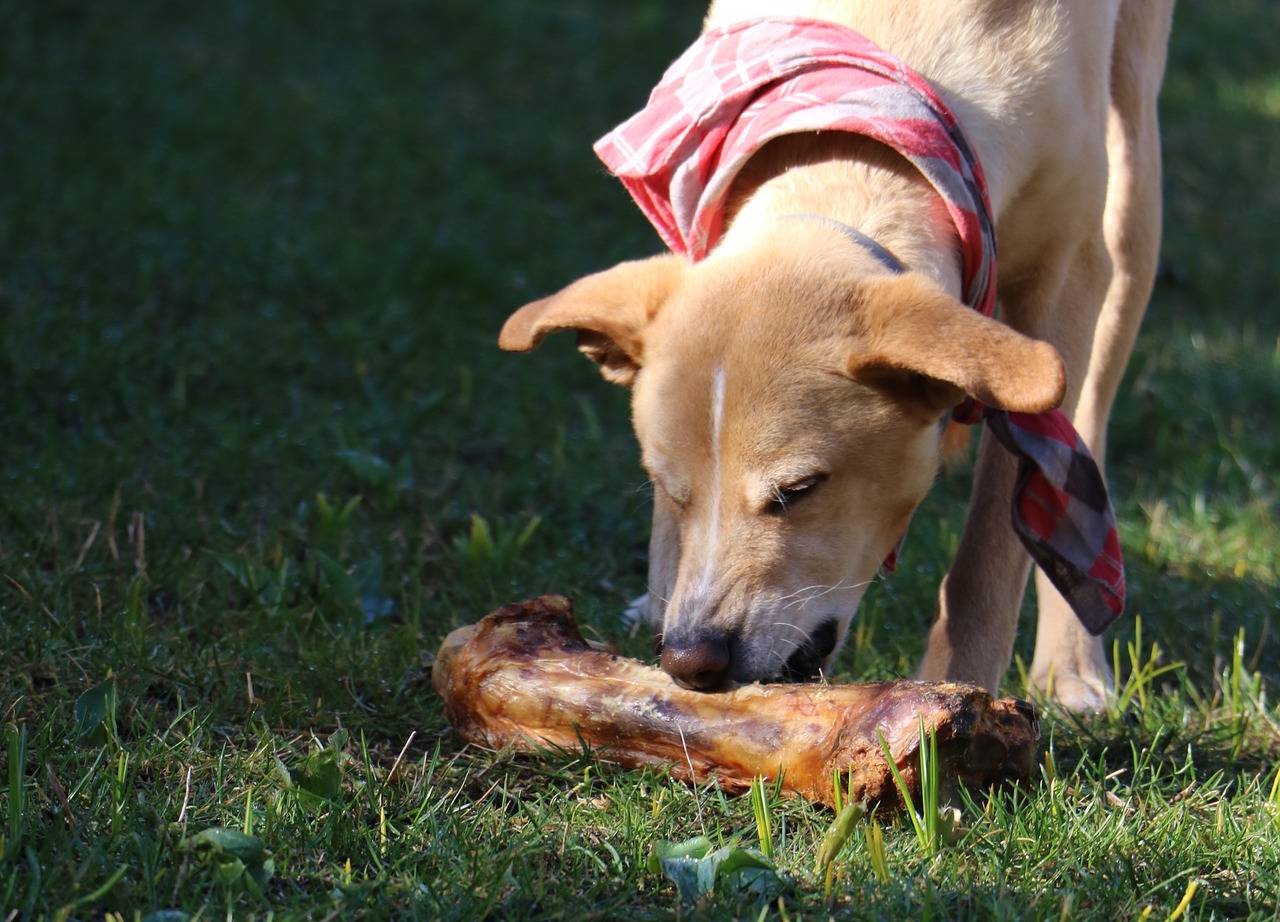 Common bone treats are causing injury and death in dogs

A new report from the Food and Drug Administration (FDA) is warning dog owners that “bone treats” are not safe for dogs. The treats, which are real bones that have been processed and packaged, are causing a range of illnesses and are responsible for the deaths of 15 dogs.

Most dog owners are aware of the choking hazards associated with bones, but the risks of bone treats are far more expansive, particularly the bone treats found at many pet stores.

Carmela Stamper is a veterinarian in the Center for Veterinary Medicine (CVM) at the FDA.

“Giving your dog a bone treat might lead to an unexpected trip to your veterinarian, a possible emergency surgery, or even death for your pet,” said Stamper.

90 incidents of illness caused by bone treats have been recently reported to the FDA by veterinarians and dog owners. Documented illnesses include gastrointestinal obstruction, choking, cuts and wounds in the mouth or on the tonsils, vomiting, diarrhea, and bleeding from the rectum.

During production, the bone treats are dried and treated with preservatives and seasonings. Ethoxyquin, which is also used as a pesticide, is an artificial ingredient often found in bone treats that is being investigated as a possible cause of illness.

Another preservative widely used in bone treats is BHA, and while it is approved for consumption by humans and animals it is also considered to be a potentially carcinogenic substance.

Some of the specific bone treats to avoid are “Ham Bones,” “Pork Femur Bones,” “Rib Bones,” and “Smokey Knuckle Bones.”

Stamper said, “We recommend supervising your dog with any chew toy or treat, especially one she hasn’t had before. If she ‘just isn’t acting right’, call your veterinarian right away!”

To report an issue with bone treats or other pet foods, visit FDA’s Web page on “How to Report a Pet Food Complaint.”