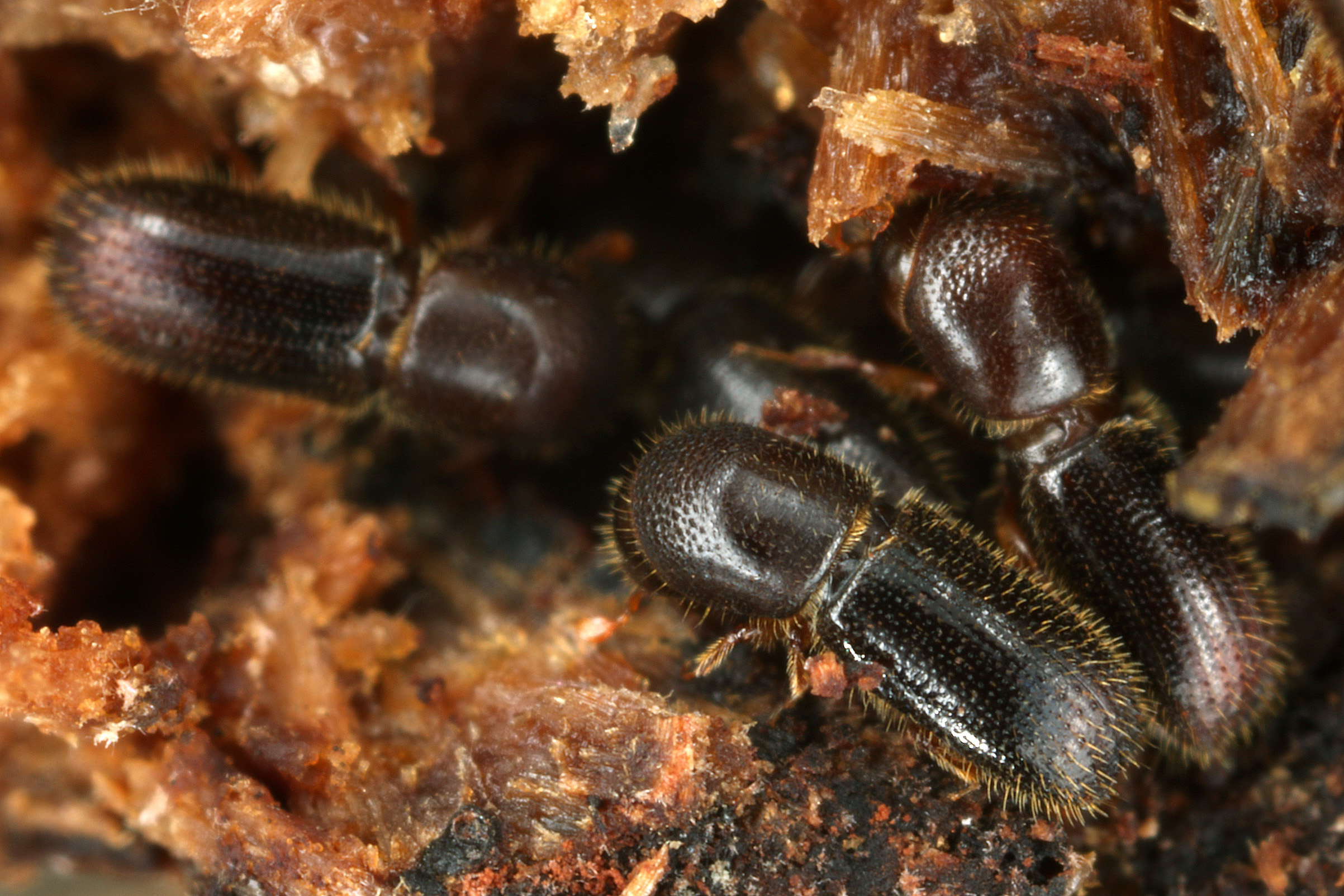 Researchers have learned why alcohol attracts certain beetles and the important symbiotic relationships these beetles have to their fungi crops and habitat.

Ambrosia beetles are not an uncommon site in beer gardens when they sometimes take a dive into a person’s glass and now, a new study explains why alcohol attracts the insects.

Published in the journal PNAS, the findings discuss how alcohol plays an important role in the formation of fungi that ambrosia beetles depend on.

The researchers set out to determine what it is about alcohol that draws the insects and how it impacts their agricultural efforts.

“It has long been known that alcohol is produced by weakened trees and that these trees are recognized and colonized by ambrosia beetles,” said  Peter Biedermann, a co-author of the study. “And often you will find the roughly two millimeter long beetles in glasses of beer, when a beer garden is surrounded by old trees.”

The researchers studied black timber bark beetles, a species of ambrosia beetle, in order to better understand how alcohol influenced the beetles’ farming.

Alcohol creates optimal environments that are perfect for the beetles to cultivate fungi and live in. The more food there is, the more offspring there will be among the beetle populations.

It’s a sustainable system and weeds, a common gardening problem, cannot flourish on bark that has higher levels of alcohol.

“An increase in the activity of alcohol-degrading enzymes allows the insects’ fungi to grow optimally in alcohol-rich wood, while alcohol is toxic to other microorganisms,” said Biedermann.

“At this level of alcohol, (two percent) the omnipresent molds, which can also be considered the “weeds” of fungal agriculture, only grow weekly and cannot overgrow the fungal gardens,” said Philipp Benz, a fellow researcher.

Ambrosia beetles are some of nature’s most successful sustainable farmers, according to Benz.

The researchers also observed complex social behaviors as the beetles took on different tasks to cultivate the fungi.

Some of the beetles cleaned tunnel systems, others helped clear dirt, and all the beetles seemed to work together with the goal of creating the perfect conditions for the fungi and beetles.

If a beetle colony moved to another tree, some would bring along spores from their old habitat in order to create new fungal gardens. The spores carried by the beetles can even produce alcohol, which helps with the cultivation in the new tree.

“Of course, they have to be more resistant to alcohol than other creatures,” said Biedermann.

“These characteristics are also of high potential interest from a biotechnological point of view since they might be transferable to other systems when better understood,” Benz concluded.