Bowfin fish proves that evolution can be flexible • Earth.com 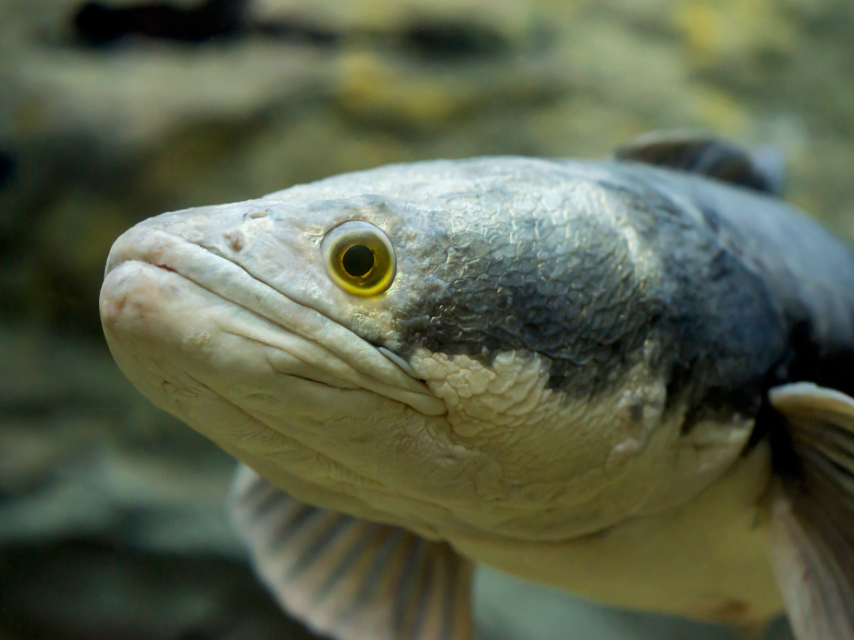 Bowfin fish proves that evolution can be flexible

An international team of scientists from Michigan State University recently sequenced the genome of the bowfin fish (Amia calva). The study is shedding more light on a species that has long been considered an evolutionary enigma since it embodies a unique combination of ancestral and modern fish features.

The bowfin is a fish endemic to eastern North America and the only contemporary survivor of a large lineage of many species that are known only from fossils. This fish occupies a peculiar position in its evolutionary lineage, standing between the teleosts, a group of fish that emerged recently, and more ancient branches including sturgeons, paddlefish, and bichirs.

The bowfin combines ancestral features, such as a robust fin skeleton and lung-like air breathing, with derived features including a reduced tail and simplified scales.

Sequencing the genome of the bowfin is an important step for understanding not only the evolutionary origin of the teleosts, but also the fin-to-limb transition in the evolution of vertebrate organisms.

The research was focused on the pectoral fin of the bowfin because it retains the metapterygium, a portion of the fin skeleton which is homologous to the limb bones of tetrapods. Genetic sequencing at the Harvard University Bauer Core Facility showed that some of the most critical appendage growth genes, such as the fibroblast growth factor 8 gene (Fgf8), were entirely absent from the bowfin pectoral fins.

“Every other fin and limb we know of expresses Fgf8 during development,” said study co-author M. Brent Hawkins, a postdoctoral fellow at Harvard University. “Discovering that bowfin fins don’t express Fgf8 is like finding a car that runs without a gas pedal. That the bowfin has accomplished this rewiring indicates unexpected flexibility in the fin development program.”

Whereas some genes like Fgf8 were mysteriously absent from the bowfin pectoral fin, other genes – such as HoxD14 (which is expressed in ancestral species such as paddlefish) – were unexpectedly activated, although unable to encode functional proteins.

“The fact that the HoxD14 gene can no longer make a protein, but it still transcribed into mRNA at such high levels suggests that there might be another function that we do not yet understand,” explained Hawkins.

The findings indicate that genetic programs are not as invariable as previously thought. “By studying more species, we learn which rules are hard and fast and which ones evolution can tinker with. Our study shows the importance of sampling a broader swath of natural diversity. We might just find important exceptions to established rules,” concluded Hawkins.

This research is published in the journal Nature Genetics.