Bowhead whales are like jazz musicians with diverse range • Earth.com 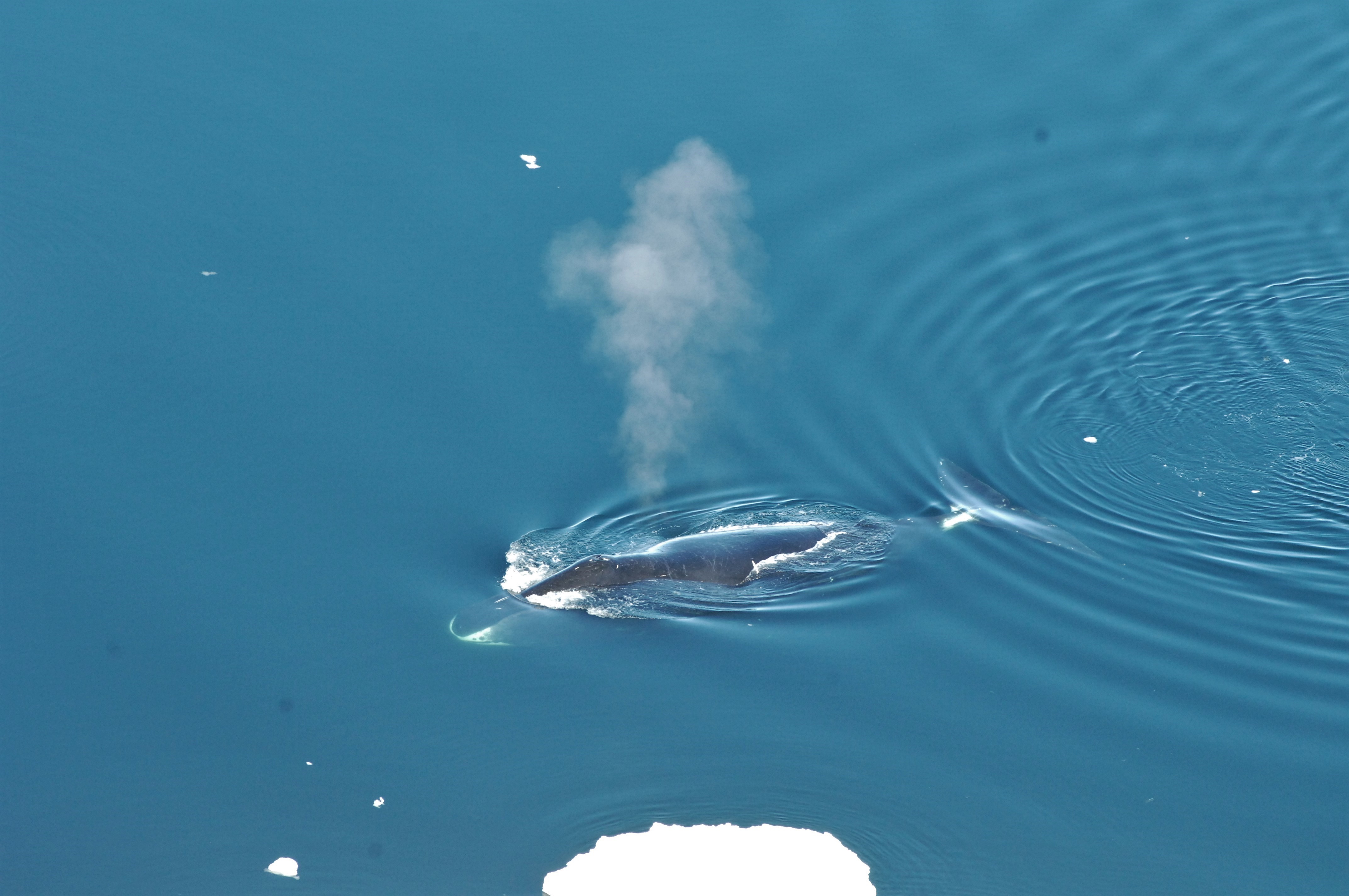 Bowhead whales are like jazz musicians with diverse range

The music release we’ve all been waiting for just hit the presses – but not from any artist you would see at the Grammys. A study from the University of Washington published in Biology Letters includes the largest set of recordings ever for bowhead whales. The study shows the surprisingly diverse and constantly shifting vocal range of these marine mammals, and includes 184 different songs (track listing TBD).

Animals songs are much more complicated than animal calls. Songs are complex, and consist of distinct musical phrases that must be learned and repeated. Many animals use songs to identify themselves as individuals or as members of a group – among other uses.

“If humpback whale song is like classical music, bowheads are jazz,” says Kate Stafford, an oceanographer at the UW’s Applied Physics Laboratory and lead author of the study. “The sound is more freeform. And when we looked through four winters of acoustic data, not only were there never any song types repeated between years, but each season had a new set of songs.”

Stafford has studied these whales extensively. A previous study from her recording whales off west Greenland had found in 2012 that bowhead whales were singing continuously during the winter breeding season. This provided solid evidence that there may be a healthy population in the area.

“We were hoping when we put the hydrophone out that we might hear a few sounds,” Stafford says of the earlier study. “When we heard, it was astonishing: Bowhead whales were singing loudly, 24 hours a day, from November until April. And they were singing many, many different songs.”

This new study has worked to extend that initial five-month dataset, and confirms that these whales sing in this region from late fall to early spring. The hydrophones actually picked up slightly more singing in the later years of the study. But what the researchers found most remarkable was the variety of the individual songs. Their songs are also distinctly different from the songs of humpback whales.

“For marine mammals, acoustics is how they do everything,” says Stafford. “Humans are mostly visual animals, but marine mammals live in a three-dimensional habitat where sound and acoustic information is how they navigate, how they find food, how they communicate.”

Still, little is known about the singing of the bowhead whales. “Why are they changing their songs so much?” questions Stafford. “In terms of behavioral ecology, it’s this great mystery.”

The results of this new research suggests that bowhead whales may be similar to certain birds that learn a diverse, constantly changing repertoire of songs, possibly because novelty offers a certain advantage. “Bowhead whales do this behavior in the winter, during 24-hour darkness of the polar winter, in 95 to 100 percent sea ice cover. So this is not something that’s easy to figure out,” Stafford says. “We would never have known about this without new acoustic monitoring technology.”

Research that involves tagging bowhead whales with radio tags may be able to help us determine why this species has evolved to become a unique nautical maestro. “Bowheads are superlative animals: they can live 200 years, they’ve got the thickest blubber of any whale, the longest baleen, they can break through ice,” Stafford says. “And you think: They’ve evolved to do all these amazing things. I don’t know why they do this remarkable singing, but there must be a reason.”