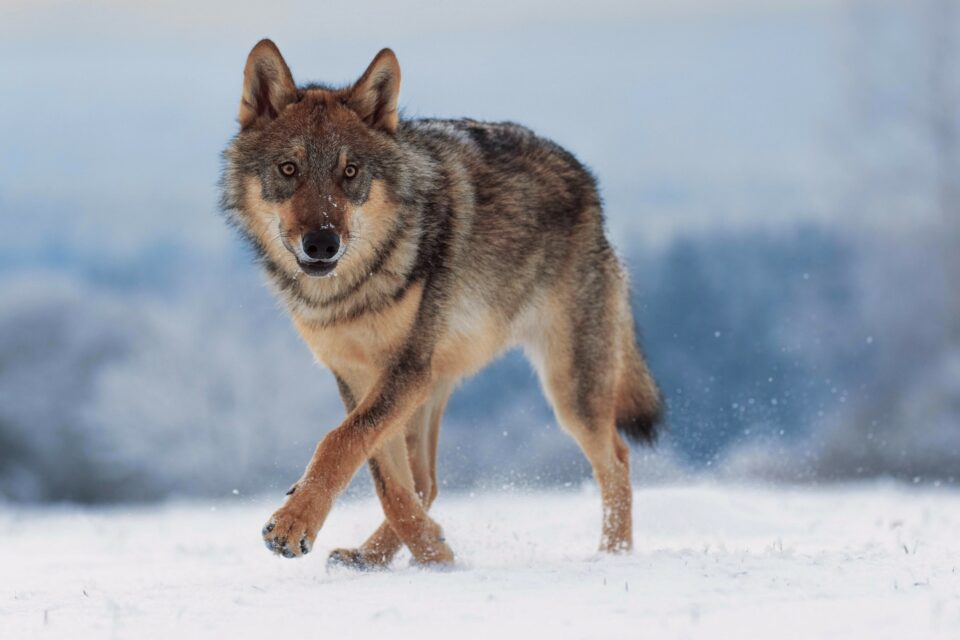 The single-celled parasite called Toxoplasma gondii reproduces sexually only in cats, but can infect all warm-blooded animals, including humans. In fact, scientists estimate that between 30 to 50 percent of people globally are infected with this parasite, which, for those with healthy immune systems, remains for life as dormant tissue cysts. While some previous studies have argued that there is a correlation between people having this parasite in their brains and increased risk-taking, others have disputed these findings.

Now, a team of researchers led by the Yellowstone Wolf Project has found that wolves infected with this widespread parasite are far more likely to become the leaders of their packs, suggesting that T. gondii may embolden its host to take more risks.

While “being bolder is not necessarily a bad thing” – as study co-lead author and research associated at the Yellowstone Wolf Project Kira Cassidy argued – it can “lower survival for the bolder animals as they might make decisions that put them in danger more often. Wolves do not have the survival space to take too many more risks than they already do.”

This is only the second study investigating T. gondii’s effect on a wild animal, after scientists discovered last year that infected hyena cubs are more likely to get closer to, and killed by, lions in Kenya. However, laboratory research found that infected rodents often use their instinctual fear of cats, which drives them into the claws of the only host where the parasite can reproduce.

Yet, scientists are not yet sure whether these findings show clear causation. “A wolf that is a born risk-taker may simply be more likely to venture into cougar territory and contract Toxoplasma,” said William Sullivan, a professor of Pharmacology and Toxicology at Indiana University, who studied this parasite for over 25 years. But “if the findings are correct, they suggest we may be underestimating the impact Toxoplasma has on ecosystems around the world.”

Further research is needed to assess the effects of this parasite on humans, and clarify whether it can also induce risk-taking behaviors in our species.