How the brain nudges you to take a bet or walk away • Earth.com 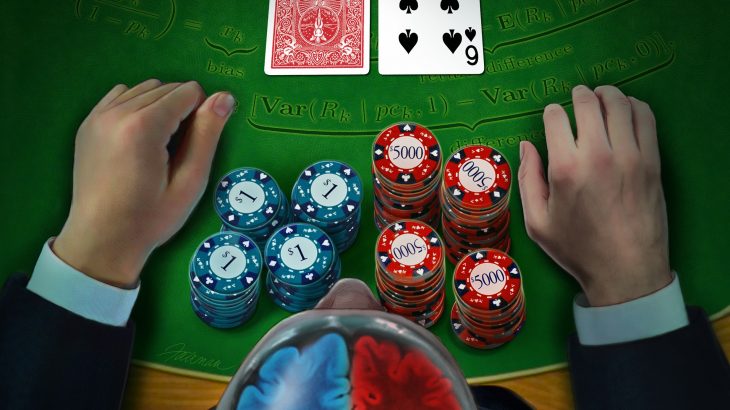 What drives people to take big risky bets even if the odds are against them? A new study has found that internal bias formed from past experiences plays a large role in risk-taking decisions.

Researchers from John Hopkins University who conducted the study set out to understand where risk-taking decisions were made in the brain and how people determine if a bet is worth taking.

The results, published in the journal Proceedings of the National Academy of Sciences, show that a push and pull dynamic between the right and left hemisphere of the brain plays a large role in risk-taking decisions like gambling.

The researchers also found that past experiences drive risk-taking and your accumulated feelings from past wins or losses impact future choices and nudge you toward your next decision.

“What we learned is that there is a bias that develops over time that may make people view risk differently,” said Sridevi Sarma, the senior author of the study.

For the study, the researchers recorded the brain activity of participants while they played a card game meant to illustrate risk-taking decisions.

Patients at the Cleveland Clinic Epilepsy Monitoring Unit were chosen for the study because they each had electrodes implanted in their brains to help doctors study seizures.

The electrodes showed the researchers what was going on in the participants’ brains in real time as they played the card game.

Participants were asked to take bets while playing against a computer and for each round, the participant was given a card with a value of 2, 4, 6, 8, or 10.

The decks only had cards with these values, and the participant had to bet that their card had a higher or lower value than the computer’s card which was face down on the screen while the participant’s card was face up.

Risk-taking behavior depended on gamma brainwave frequency and which region of the brain the brain waves originated from.

Once the researchers understood the push-pull system, a mathematical equation was developed to help calculate the internal bias of each patient, and the researchers say that their results could help improve brain training methods and with treatments to rewire bad habits.

“We found that if you actually solve for what this looks like over time, the players are accumulating all the past card values and all the past outcomes, but with a fading memory,” said Sarma. “In other words, what happened most recently weighs on a person more than older events do. This means that based on the history of a participant’s bets, we can predict how that person is feeling as they gamble.”