Brazilian jaguars have an unexpected diet and social life • Earth.com 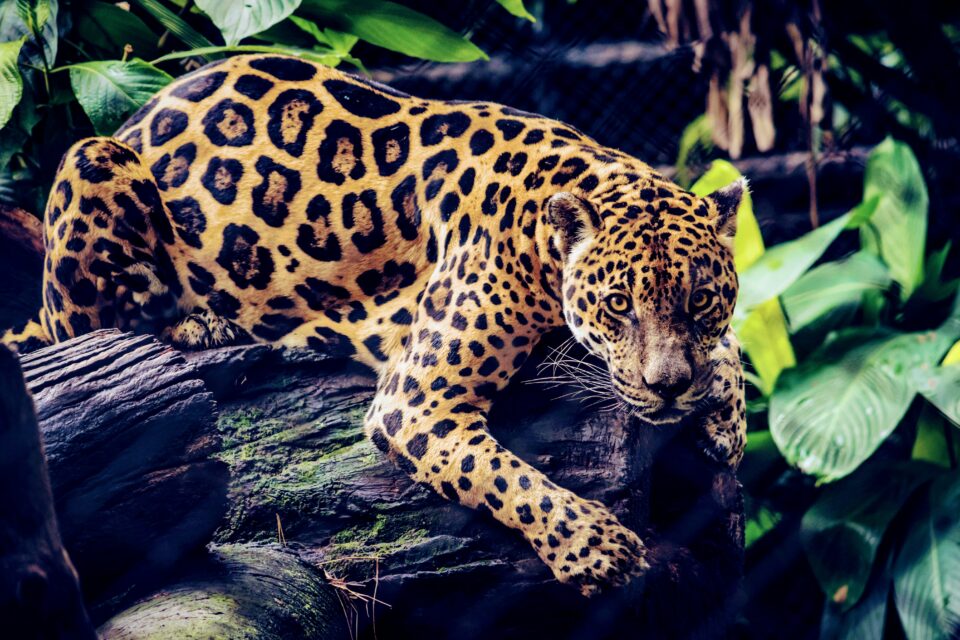 The diet of land-based mammals is generally considered to be carnivorous, with creatures preying on other mammals within their territory. However, this is not always the case. Some mammals, such as the Brazilian jaguar, survive together harmoniously under unusual circumstances.

Researchers from Oregon State University have been investigating the diet, population density, and social interactions of jaguars in a remote wetland area of Brazil.

Jaguars are expected to be solitary mammals, but the results of the study contradict the idea that social interactions among these animals are limited to mating and defending their territory. For example, the researchers documented adult males playing together.

The Brazilian population was also found to feed minimally on mammals, instead thriving on a diet of fish and aquatic reptiles.

The study was conducted by lead author Charlotte Eriksson, Professor Taal Leviwithin, and Professor Carlos Peres within a seasonally flooded area of the Northern portion of the Brazilian Pantanal, the largest freshwater wetland worldwide.

The researchers tracked a pack of the mammals in the region through motion-triggered video cameras and GPS collars. They collected samples of jaguar feces and observed the behavior of the animals while they played, fished and traveled.

Throughout the feces samples, the researchers identified nine prey items. The jaguars had diets that consisted of 55 percent aquatic reptiles, 46 percent fish,  and only 11 percent mammals.

The jaguars demonstrated unusual social behaviors, moving liberally within the study area, and even playing with each other. The area of study presented a jaguar density of 12.4 per 100 square kilometers, a density which is around three times higher than the average found for other Jaguars in South American regions.

Across 59 camera stations that were operational for 8,065 days between 2014 and 2018, jaguars were detected on 95 percent of the cameras. Overall, the cameras captured 1,594 videos of 69 individual animals.

“Typically you see an apex predator very infrequently on camera because they move over really large areas,” said Eriksson. “Jaguars were the most frequently seen mammal on camera – which is really unusual.”

The researchers believe that the abundance of fish and reptiles in the area is key to explaining this behavior: “If there is a lot of food around, there is less of a need to fight over it,” explained Eriksson.

The study has been published in the journal Ecology.