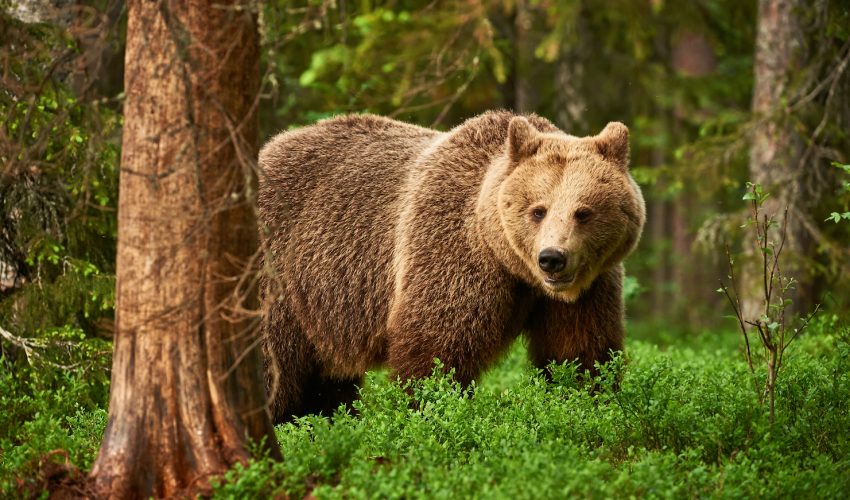 Brown bears communicate by doing a version of the Twist, a new study says.

When they twist their feet into the ground, it leaves behind a scent from their foot glands containing up to 26 compounds that let other bears know who they are, including their gender.

The study led by researchers from the Institute of Nature Conservation of Polish Academy of Sciences in Krakow, and Estación Biológica de Doñana CSIC in Seville started when researchers observed brown bears vigorously twisting their paws into the ground and sniffing the tracks of other bears that had used the trail before them. During the research, scientists found glands in the feet of bears which can produce secretion when pressed.

Six of the 26 compounds produced by the glands were exclusive to male bears, the study found.

One of the male compounds is a cembrenoid  that is also produced by some termite and ant species.

“Among mammals, odors play a key role in communication, with chemical signaling used to inform about identity, sex, territorial borders, social status, reproductive state or group membership,” according to the study published in the journal Nature.

Through the use of cameras to watch the bears remotely,, researchers found that the most frequent time for so-called “pedal scent marking” was during the mating season from April through June.

Pedal scent marking “is still poorly understood and has not been systematically studied in an integrated manner from a histological, biochemical and behavioural perspective,” the study concluded.