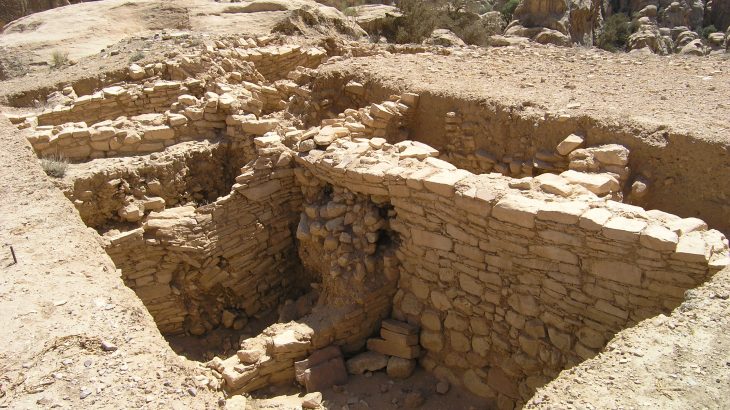 Burial sites offer an inside look into the lives of our ancient ancestors and provide clues into how societies formed and evolved through the ages.

From a tomb or burial site, researchers may be able to determine how a person died, what diseases and parasites they were susceptible to, their status in society, and many other clues into the lives and social structures of early communities.

One elaborate burial site discovered in 2016 at the Late Pre-Pottery Neolithic B settlement of Ba’ja in Southern Jordan offers clues into Neolithic social structures and the development of hierarchies in early farming communities.

More specifically, due to the seemingly important status of the individual buried at the site, the researchers suggest that burial sites can provide insight into early leadership and the different pathways to power for people.

An international team of archeologists, anthropologists, and neuroscientists that are part of the Ba’ja Neolithic Project hosted at the Free University of Berlin conducted a thorough investigation of the gravesite and its construction.

The burial site dates back to between 7,500 and 6,900 BC, making it around 9,000 years old. The construction was elaborate, and buried alongside the individual in the grave were exotic items which suggest that the individual was a person of status who was involved in trade.

The close proximity of the grave to other less complicated and elaborate graves shows that even though this person was important, they were buried with people who were less prestigious.

With the formation of complex societies, there arose opportunities for leadership, but how exactly people rose to prominence within these early societies is not well known.

In this case, the beads and exotic items associated with trade likely set the individual in the gravesite apart, giving him a place of status in society.

Graves, like the one discovered at Ba’ja can help piece together the early evolution of leadership within the social contexts of a given society.

“We suggest that leadership can be understood only by studying the social contexts and the pathways to power (not only the burials of extraordinary individuals),” the researchers said. “In fact, studying rich tombs to interpret social structures has been done before, but our new approach emphasizes the social environments of leadership.”

The researchers published their findings in the journal PLOS ONE.