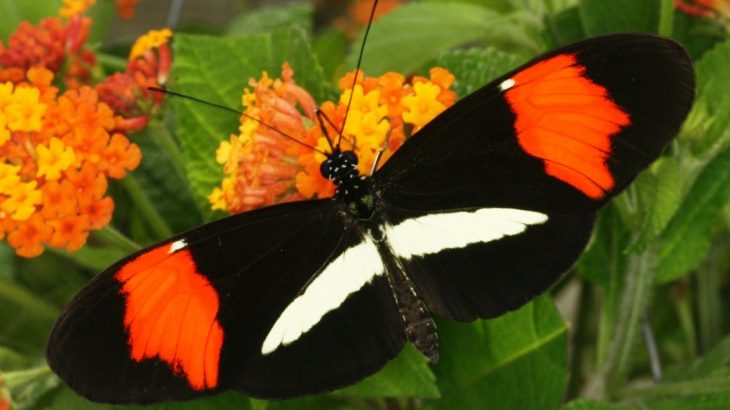 Butterflies have sexual preference encoded in their genes, according to a pair of studies published in the journal PlOS Biology. The research helps explain why butterflies are driven to choose mates that have a similar appearance and coloring.

The first study was conducted by researchers from the University of Cambridge, the Ludwig-Maximilians-Universität in Munich, and the Smithsonian Tropical Research Institute in Panama and examined the courtship behaviors among Heliconius butterflies.

DNA from 300 butterflies was sequenced for the study and researchers wanted to know what part of the genome influenced mating preference.

It’s the first study of its kind to look to butterfly DNA to help explain behavior and evolution.

“There has previously been lots of research done on finding genes for things like color patterns on the butterfly wing, but it’s been more difficult to locate the genes that underlie changes in behavior,” said Chris Jiggins, a lead author of the first study. “What we found was surprisingly simple – three regions of the genome explain a lot of their behaviors. There’s a small region of the genome that has some very big effects.”

Hybridization among these species of butterflies is rare, and if a male butterfly hovered toward a hybrid female, it was because she possessed similar wing markings, the researchers found.

After analyzing the butterfly genomes, the researchers also found that the same area of the genome that influences wing color drives sexual preferences.

“It explains why hybrid butterflies are so rare – there is a strong genetic preference for similar partners which mostly stops inter-species breeding,” said Richard Merrill, an author of the study. “This genetic structure promotes long-term evolution of new species by reducing intermixing with others.”

For the second study, researchers from the University of Edinburgh further investigated hybridization among these species of butterflies.

Because males seek out similar looking partners, hybrids are rare. However, upon further analyses, the researchers found a rich history of genetic mixing among the few hybrids that do exist.

A considerable amount of DNA has been shared between the different butterflies, ten times more DNA than what occurred between humans and Neanderthals.

The butterfly’s genome not only helps sway mating behavior, as the second study also found that the genome helps maintain the unique coloring and mating preference in the different species. This ensures the long-term survival of the species.

The researchers plan to study the butterfly genomes and evolution further to see if behavior can be manipulated with genetic changes.

“Next we would like to know how novel behavior can arise and what kind of genetic changes you need to alter behavior,” said Jiggins. “We already know that you can make different wing patterns by editing the genes. These studies suggest that potentially new behaviors could come about by putting different genes together in new combinations.”