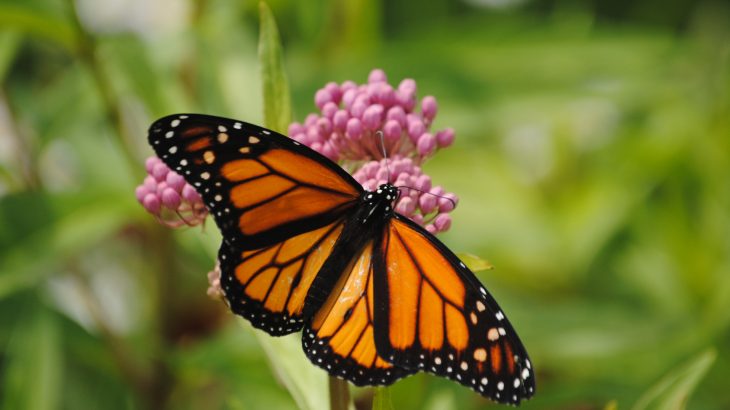 The number of monarch butterflies overwintering in the mountains of central Mexico have decreased within several years, and until now, researchers could not understand why.

Many thought a dwindling number of breeding adults may be to blame for the lack of monarchs in Mexico. Others argued that monarch migration may have become a more perilous journey for the seemingly fragile species. However, new research published in De Gruyter’s Animal Migration, offers up another explanation.

Study leader Dr. Hannah Vander Zanden, from the University of Florida, argues that monarchs may not be in as dire a situation as previously hypothesized — they may simply be traveling to new locations during the eastern North American winter season.

To come to this conclusion, Dr. Vander Zanden and her research team captured monarchs that overwintered in South Florida. By sampling a small piece of their wing or body tissue, the researchers could examine and pinpoint where the monarchs came from.

Half of the monarchs examined interestingly came from the American Midwest, which is where the eastern monarch population usually breeds.

It has been previously believed that monarchs from this region solely travel to the mountains in central Mexico during the fall. But Dr. Vander Zanden’s evidence suggests that American Midwest monarchs are actively choosing to travel to South Florida rather than central Mexico.

“Previous research had suggested that some migrating monarchs may wind up in southern Florida if they become waylaid by strong westerly winds, but this evidence makes it seem like they purposely travelled to this location,” Andy Davis, a monarch migration expert from the University of Georgia and the editor of Animal Migration, said.

The shrinking monarch population in central Mexico during the winter may be caused by monarchs choosing alternate overwintering locations. Furthermore, this evidence shows there is still much to learn about monarch migration and monarch life cycles. “Given the issues facing the migration itself, this work couldn’t come at a better time,” Davis concluded.