Most bystanders will intervene if public disputes turn aggressive • Earth.com 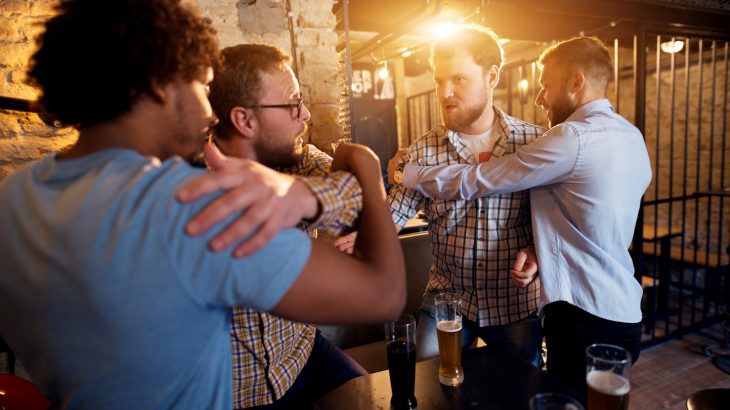 Most bystanders will intervene if public disputes turn aggressive

A new study led by Lancaster University has revealed that bystanders will intervene to help victims of public fights more than 90 percent of the time. The research contradicts the perception of a modern society where witnesses ignore aggression and violence and fail to get involved.

The study, which is the largest of its kind based on real-life conflicts captured by CCTV, showed that at least one bystander did something to help in 9 out of 10 public conflicts.

The investigation was focused on unique video recordings of more than 200 arguments and assaults in the cities of Amsterdam, Lancaster, and Cape Town.

“According to conventional wisdom, non-involvement is the default response of bystanders during public emergencies. Challenging this view, the current cross-national study of video data shows that intervention is the norm in actual aggressive conflicts,” explained study lead author Dr. Richard Philpot.

“The fact that bystanders are much more active than we think is a positive and reassuring story for potential victims of violence and the public as a whole. We need to develop crime prevention efforts which build on the willingness of bystanders to intervene.”

During the aggressive arguments caught on security cameras, witnesses intervened in several ways such as gesturing for an aggressor to calm down, physically stopping the aggressor, or by consoling the victim. The researchers determined that the victim was more likely to receive help when a larger number of bystanders was present.

“The most important question for the potential victim of a public assault is ‘will I receive help if needed?’ While having more people around may reduce an individual’s likelihood of helping (i.e., the bystander effect), it also provides a larger pool from which help-givers may be sourced,” said Dr. Philpot.

The study authors found no difference in the rates of intervention across the three cities, even though Cape Town is generally perceived to be less safe. The researchers propose that it is not the level of perceived danger that motivates bystanders, but that help is based on any signal that the situation is escalating and requires intervention.