Cage diving may be affecting the health of great white sharks • Earth.com 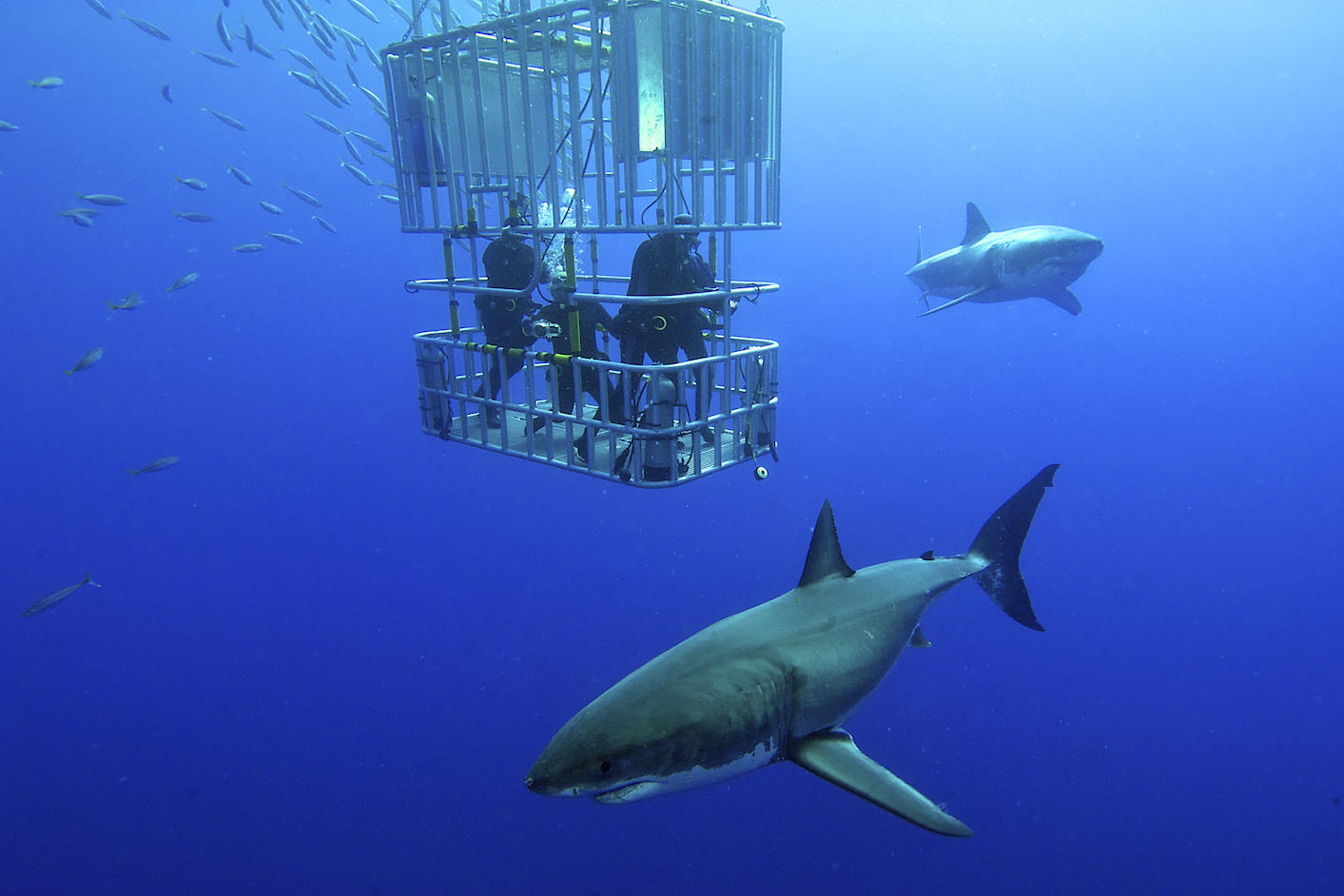 Cage diving may be affecting the health of great white sharks

A new report from Oxford University Press has revealed that there is a substantial increase in white shark activity when the animals are interacting with tourists and cage-diving operators. It is not yet known how this shift in behavior may be affecting the health of white shark individuals or populations.

In recent decades, wildlife tourism has emerged as one of the fastest growing sectors of the tourism industry. Tourists can cage-dive with white sharks in Australia, South Africa, the United States, Mexico, and New Zealand.

Previous research has demonstrated that wildlife tourism can cause species to behave unnaturally by changing their habitats or eating patterns. The current investigation shows that white sharks are more active and use up more energy when tourism operators are present compared to when they are not.

The researchers used monitoring devices to track ten white sharks at South Australia’s Neptune Islands for nine days. They found that the overall dynamic body acceleration of the sharks was 61 percent higher when cage divers and operators were present.

“This suggests that the cage-diving industry has the potential to affect the energy budget of white sharks,” said Huveneers. “However, the mere presence of the cage-diving operators in the general vicinity of the sharks was not sufficient to elicit such behavioral changes. These only occurred when white sharks were close to the cage-diving vessels.”

“Spending time interacting with cage-diving operators might distract sharks from normal behaviors such as foraging on natural, energy-rich prey like pinnipeds.”

The study highlights the need for a better understanding of the impact of ecotourism on the health of white sharks.

The research is published in the journal Conservation Physiology.