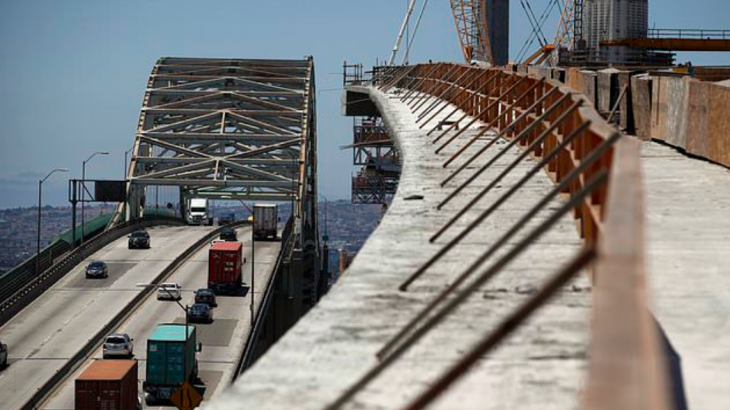 California is known for its beaches, beauty, and (unfortunately) earthquakes. And while these natural disasters have devastated the state for centuries, scientists are still looking to learn more about them. The newest gadget they will be using in this endeavor isn’t a seismograph or computer model, rather, it comes in the form of an 8,800-foot long bridge.

The bridge is currently under construction over the Port of Long Beach, and will include about 75 seismic sensors that can measure the forces acting on the bridge when one of many nearby faults causes an earthquake. This bridge will be replacing the Gerald Desmond Bridge, and is due to open next year.

“New bridges don’t come along very often, so it’s exciting,” says Dr. John Parrish, head of the California Geological Survey, where the Strong Motion Instrumentation Program will be among those analyzing the data the sensors capture. This data will then be added to California’s database of earthquake knowledge.

While interesting, these added sensors are not new to the state. California’s bridges and other infrastructure have been equipped with quake sensors called accelerometers since the 1970s. The eastern span replacement of the San Francisco-Oakland Bay Bridge that opened in 2013 has over 200. However, this will be the first time that the sensors have been incorporated into the design of a California bridge from its inception. Furthermore, this will be the first cable-stayed bridge in the state.

Cable-stayed bridges differ from suspension bridges as their main span deck is completely supported by cables connected to the twin 515-foot towers. It is an especially strong design that has been tested to withstand heavy earthquakes and even terrorist bombings.

“You just can’t knock one of these things down by knocking out one or two cables,” says Parrish. The joints and bearings are designed to break under stress, and can be easily replaced to get the bridge reopened quickly if an earthquake knocks it out.

With this area being a crucial route for cargo trucks, commuters, cargo ships, the bridge should be an important improvement in infrastructure, as well as a data-gathering tool for seismologists and engineers.