Earthquakes can remove huge amounts of CO2 from the atmosphere • Earth.com 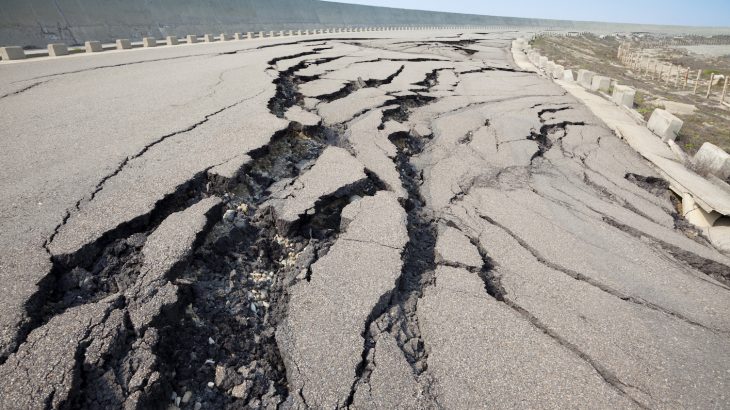 Earthquakes can remove huge amounts of CO2 from the atmosphere

A new study has found a large earthquakes may be capable of removing significant amounts of carbon dioxide from the atmosphere. While investigating earthquakes along New Zealand’s Alpine Fault, scientists discovered that the vegetation displaced as a result of seismic activity was buried along with millions of tons of carbon dioxide.

Study co-author Dr. Jamie Howarth is a lecture at Victoria University of Wellington‘s School of Geography, Environment and Earth Sciences.

“According to our findings, large earthquakes along New Zealand’s Alpine Fault both mobilize and bury large amounts of carbon and in doing so may remove carbon dioxide from the atmosphere,” said Dr. Howarth.

The researchers analyzed sediments that have settled in the bottom of Lake Paringa in the Southern Alps to examine the relationship between large earthquakes and carbon dioxide levels“We measured the levels of carbon isotopes present in the sediment during and after earthquakes to show that earthquakes on the fault produced over 43 percent of the carbon in the biosphere released from the Alps,” said Dr. Howarth.

The team simulated landslides triggered by seismic activity along the Alpine Fault. Professor Sean Fitzsimons from the University of Otago explained that the simulations demonstrated that around 14 million tons of carbon dioxide are released during each earthquake in the region. On the other hand, the research suggests that the earthquakes also take CO2 out of the atmosphere that is transferred to lake and ocean basins.

“Lush vegetation on the mountains draws carbon dioxide from the atmosphere,” said Dr. Howarth. “In an earthquake, this vegetation is caught up in landslides, which sends the vegetation and the carbon to rivers, which in turn transport it to lakes and ocean basins where it is rapidly buried, removing it from the atmosphere.”

“These findings tell us that the development of mountains plays a critical role in the global carbon cycle over millions of years and provide a piece of the puzzle in understanding how atmospheric carbon is regulated by earth surface processes,” said Professor Fitzsimons.