California Gov. Brown says we must go to war against climate change • Earth.com 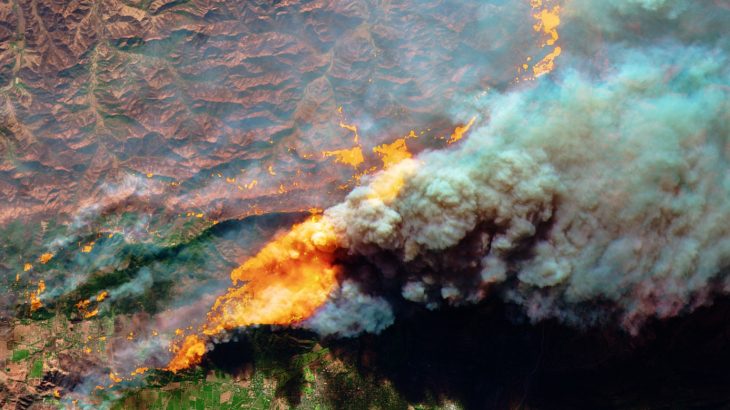 California Gov. Brown says we must go to war against climate change

This past Sunday, NBC’s Meet the Press was an hour-long special completely dedicated to the climate crisis. Politicians like California Governor Jerry Brown and scientists spoke with NBC’s panel of journalists including Chuck Todd about the serious ramifications of increased fossil fuel use, carbon emissions, and climate change.

At the start of the show, Todd made it clear that the Climate Crisis special would not give any airtime to climate deniers.

As we have reported, the science of climate change is undeniable and human activity is the main driving force behind increases in greenhouse gases, temperatures, and weather extremes.

Unfortunately though, it is still somehow a debated issue for people like the President of the United States, whose policies directly reflect his stance on climate change.

California’s Governor Jerry Brown spoke with Chuck Todd about the dangers of unchecked climate change and the problems California, in particular, is facing. Brown said that fire seasons were getting longer and wildfires were happening all year rather than a few months during the summer and fall.

During the interview, Governor Brown said that the US should be investing time and money into new technologies, fuel-efficient cars and reducing emissions, rather than focusing on tariffs.

Brown likened climate change to an enemy to the country that we all have to come together and fight like we did in World War II, but we can only do that with a united front with the President in the lead.

“I would point to the fact that it took Roosevelt many, many years to get America willing to go into World War II and fight the Nazis,” said Brown. “Well, we have an enemy, though different, but perhaps, very much devastating in a similar way. And we’ve got to fight climate change. And the president’s got to lead on that.”

Michael Bloomberg, the former mayor of New York City, also spoke with Todd at length about the disconnect between an administration pushing for fossil fuels and denying climate change and the realities of climate change driven weather extremes and disasters.

“It would be a lot more helpful if we had a climate champion rather than a climate denier in the White House,” Bloomberg said. “You know, I’ve always thought Trump has a right to his opinions, but doesn’t have a right to his own facts.”