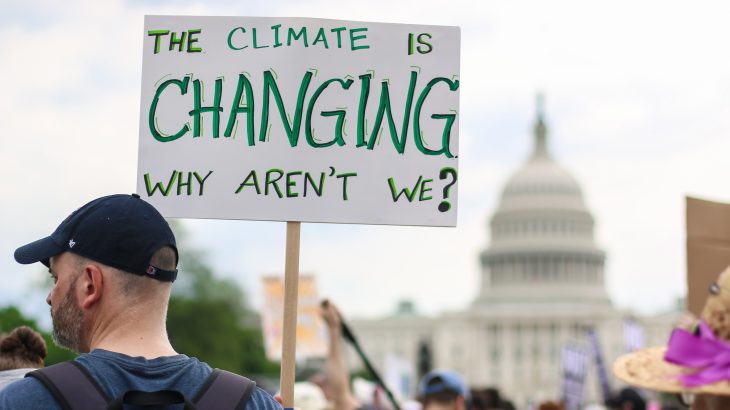 Poll: Majority of Republicans break with Trump on climate change

President Donald Trump has made some undeniably galling claims about climate change over the years.

Then, as we reported last week, Trump denied the findings of a shocking climate report released by his own government.

This week, after being asked about the Congressionally mandated climate assessment, the President said he didn’t believe it, even going so far as to suggest that he was too intelligent to accept the report’s findings.

“One of the problems that a lot of people like myself, we have very high levels of intelligence, but we’re not necessarily such believers,” Trump told the Washington Post. “You look at our air and our water, and it’s right now at a record clean.”

What is confusing about the President’s comments on the new report is that a group of federal agencies conducted the assessment and the findings focus heavily on the economic ramifications of climate change.

However, as the President stubbornly refutes even the slightest mention of human-made climate change, a new poll shows more and more people agree with the realities of climate change.

According to The Guardian which reported on the survey results, the poll shows that the President and his administration are now at odds with the majority of people who understand the ramifications of climate change, including members of the President’s own party and base.