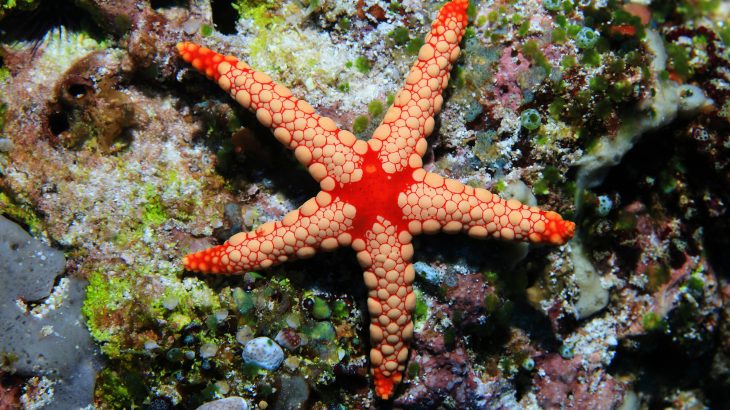 Experts have discovered that baby sea stars eat their smallest siblings in order to survive. This unexpected discovery was made as researchers at William & Mary were studying the development of sea stars inside of a tank.

The scientists had planned to document the response of baby sea stars to a predatory crab, but the sea stars turned on each other before the crab was even introduced to the tank.

“They start out as adults on the sea floor, and they look like what you expect a starfish to look like,” said Brocco French. “And they spawn, and then those little embryos end up flying through the water, if you will, during a larval stage where they look like weird little spaceships.”

The spaceship stage, she noted, lasts around a month before the sea stars transform into juveniles and settle on the seafloor.

The study was focused on the Forbes’ sea star, Asterias forbesi, which is found in shallow waters in the northwest Atlantic Ocean and the Caribbean Sea.

“This is our good old Virginia starfish. It goes from New England to the Gulf of Mexico,” said study co-author Professor Jon Allen. “So if you found this starfish on the Eastern Shore, it would likely be the one Karina and I were working on.”

The researchers observed cannibalism among the sea stars as early as four days post-metamorphosis.

“I’m convinced that if they could, they would eat each other during the little spaceship phase,” said Brocco French. “But unfortunately, I don’t think they have the ability to do that until they turn into little bitty sea stars.”

Professor Allen explained that the larval sea-star spaceships eat algae, but “when the spaceship lands, the juveniles on the bottom eat the larvae.”

According to Brocco French, when juvenile-eats-juvenile action occurs, a sea star is taking on a meal roughly the same size as itself.

She said that they extrude their stomachs, turning them inside out like a plastic bag. “And then they sort of engulf whatever it is they’re trying to eat, and start to break it down, and then absorb the broken-down stuff. So they don’t need teeth or anything. They’ve got it covered.”

Professor Allen noted that sibling cannibalism provides an evolutionary advantage to the individual sea star – especially when you consider the competition that results when a female Asterias produces five to ten million eggs each year.

Cannibalism is common in the animal kingdom, and is documented in more than 1,300 species, explained the researchers, and they suspect it is even more widespread.

“We think – anthropomorphizing – that cannibalism is terrible. No one should be cannibalistic,” said Professor Allen. “But in nature, ‘red in tooth and claw,’ this is something that can be favored. So it seems to be a strategy that’s likely to be common.”