Carnivores modify their behavior to avoid each other • Earth.com 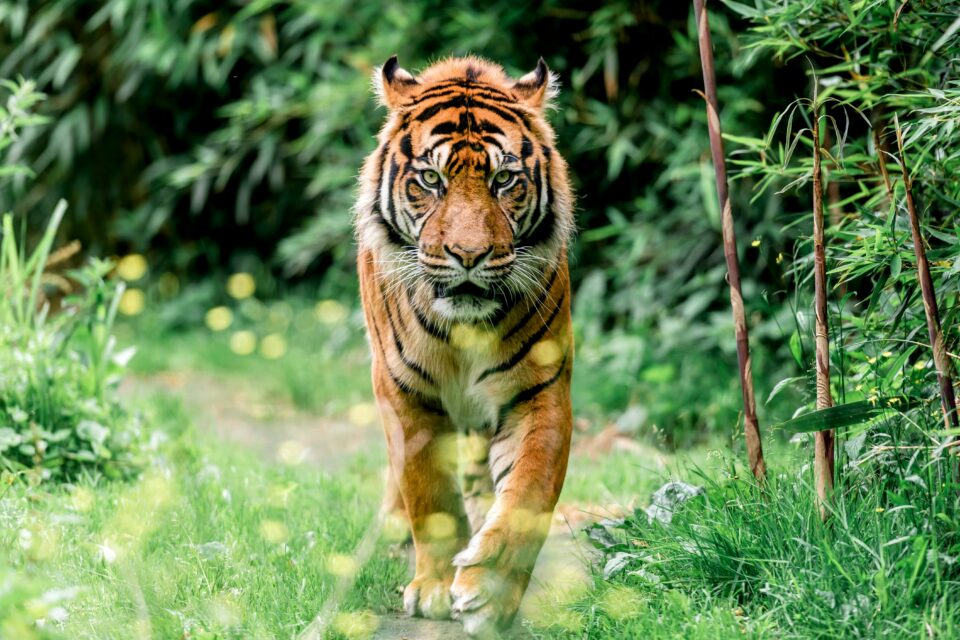 Carnivores modify their behavior to avoid each other

Humans often leave for work early or walk an alternative route to avoid awkward social encounters, and surprisingly this behavior is also found in carnivorous mammals. However, as opposed to avoiding social encounters, the avoidance instead plays a role in negotiating essential resources and territory for survival.

This interesting observation was made by researchers at Hiroshima University, monitoring mammal behavior through 73 infrared sensor cameras across six years in the Malaysian state of Sabah.

“Approximately 20 percent of the world’s mammal species face the risk of extinction, mainly due to threats such as habitat loss and overexploitation,” said study lead author Professor Miyabi Nakabayashi. “The status of mammals in the Indomalayan realm – one of Earth’s eight biogeographic regions, covering most of South and Southeast Asia – is among the world’s worst.”

A lack of basic ecological information is one of the biggest obstacles blocking conservation efforts of endangered species across Indomalayan regions.

“Information regarding temporal activity patterns of animals is crucial to assess responses to anthropogenic disturbances and to allow the implementation of proper conservation measures,” explained Professor Nakabayashi. “Camera trapping is one of the most useful techniques to study cryptic and rare animals.”

By collecting 37,379 photographs from camera traps, the researchers were able to capture and categorize activity patterns of nine distinct carnivore species. Whilst closely related animals such as wild cats presented behaviors of temporal segregation, three species of civets were active all night, with this behavior emerging due to limited competition resulting from varying diets.

Furthermore, the researchers discovered that mammal behaviors vary depending on levels of tourism in the area. The one tourist site included in the study demonstrated that nocturnal tourism resulted in temporal movement amongst nearby mammals.

“The potential benefits of ecotourism may include reduced threats to wildlife,” said Professor Nakabayashi. “But our results indicate that the temporal activity pattern of a species might be directly affected by tourism activity. The effect of tourism on animal behavior should be evaluated, even though it is non-lethal ecotourism.”

To further improve conservation efforts, the researchers are recommending that the study be extended by three years in order to gather more data on the carnivore activities.

“Current information is too limited and sporadic to understand basic behaviors of mammals, which may affect the progress in evaluating and improving the threatened status,” said Professor Nakabayashi. “We should accumulate more information on rare species to determine their basic ecology and to reassess whether current conservation management strategies are appropriate.”