Children are willing to try vegetables when they're rewarded • Earth.com 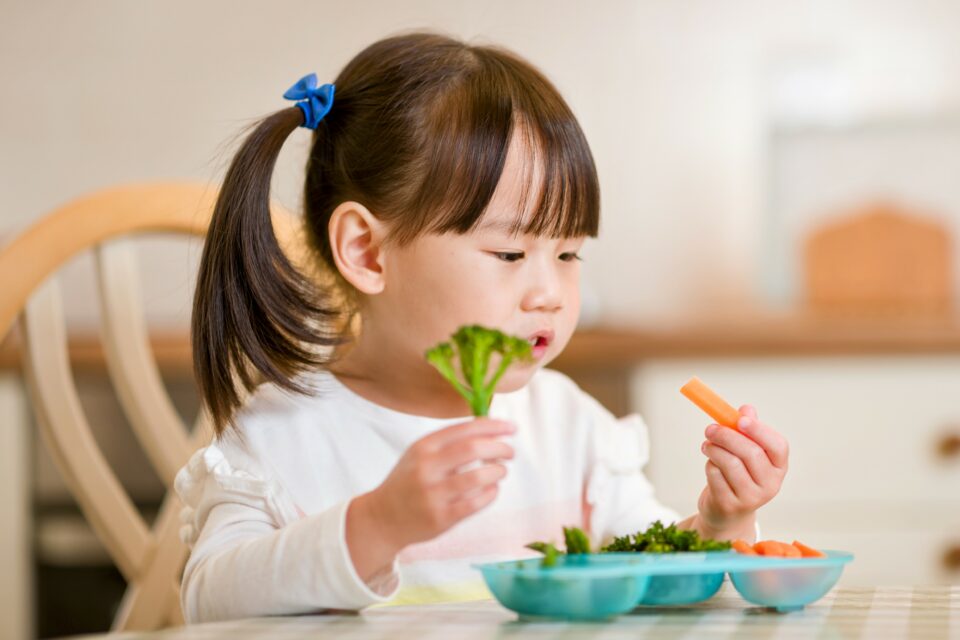 Children are willing to try vegetables when they're rewarded

Healthy eating habits can lower the risk of obesity, cardiovascular disease and cancer. But, as many parents know, getting children to eat their greens can be a challenge. New research has found that toddlers eat more vegetables if they are rewarded for trying them.

Britt van Belkom of the Institute for Food, Health & Safety by Design at Maastricht University Campus Venlo said it is important to start eating vegetables from a young age. “We know from previous research that young children typically have to try a new vegetable eight to ten times before they like it.”

“And so we looked at whether repeatedly asking children to try some vegetables would make them more willing to eat their greens.  We were also interested in whether providing a fun reward would make a difference.”

To test this theory, 598 children between the ages of one and four took part in “The Vegetable Box” program in day care centers across the Netherlands. The children were randomly assigned to one of three groups: exposure/reward, exposure/no reward or control (no exposure/no reward).

Children in the first two groups were given the chance to try different vegetables daily, for three months. Children in the reward group received fun, non-food rewards, such as a sticker or toy crown, when they tried something new.

The knowledge of vegetables, and children’s willingness to try them, was also measured. This was done by asking the kids to name the 14 different vegetables they were shown, including tomatoes, lettuce, cucumbers, carrots, bell peppers, onions, broccoli, peas, cauliflower, mushrooms, green beans, chicory, pumpkin, and asparagus.

Consumption was measured by giving them the chance to taste bite-size pieces of six vegetables (tomato, cucumber, carrot, bell pepper, radish and cauliflower) and counting how many they were willing to taste.

In both groups, children were willing to try around five to six vegetables on average, and this number increased to 7 in the reward group. The results show that regularly offering vegetables to toddlers can increase their ability to recognize them, while rewarding them increases their willingness to try them.

“The type of reward is, however, very important – it should be fun but not food,” said van Belkom.

This research was presented at this year’s European Congress on Obesity (ECO) in Maastricht, the Netherlands.