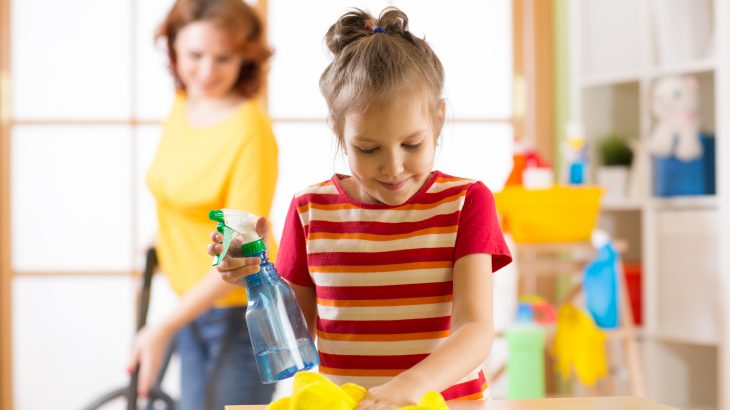 Eye and hair color, height, and even dimples are all physical traits we can inherit from our parents. But now, a new study has found that children can also inherit their parent’s moral compass.

The nature versus nurture debate shows that inherited traits and environmental influences each play a strong role in a person’s upbringing, intelligence, personality, and worldview.

But when it comes to virtuous characteristics like responsibility and conscientiousness, which has a stronger influence, genetics or parenting?

Researchers from Penn State University examined the heritability of virtuous characteristics in a new study published in the journal Behavior Genetics.

“A lot of studies have shown a link between parenting and these virtuous traits, but they haven’t looked at the genetic component,” said Amanda Ramos, the lead author of the study.  “I thought that was a missed opportunity because parents also share their genes with their children, and what we think is parents influencing and teaching their children these characteristics may actually be due, at least in part, to genetics.”

The researchers reviewed data from 720 pairs of twins, both identical and fraternal, siblings, half-siblings, unrelated step-siblings, and siblings from divorced and non-divorced families. Including twins and non-related siblings in the study was important for assessing the heritability of certain traits.

Ramos and colleagues reviewed data from the sibling’s adolescence and young adulthood and made a note of how positive or negative each sibling’s parent had been during adolescence.

Positive parenting went a long way in determining how conscientious a child grew up to be, but virtuous traits were stronger in twins and full siblings suggesting that heritability is part of the equation and that responsibility is a partially genetic trait.

The researchers say the results don’t mean that conscientious parents will always raise conscientious children, only that responsibility and other virtuous traits may be strengthened by genetics.

“Your genes are not totally deterministic of who you are,” Ramos said. “Genes simply give you a potential. People still make their own choices and have agency in shaping who they become.”