Children may have an “instinct” for solving math problems • Earth.com 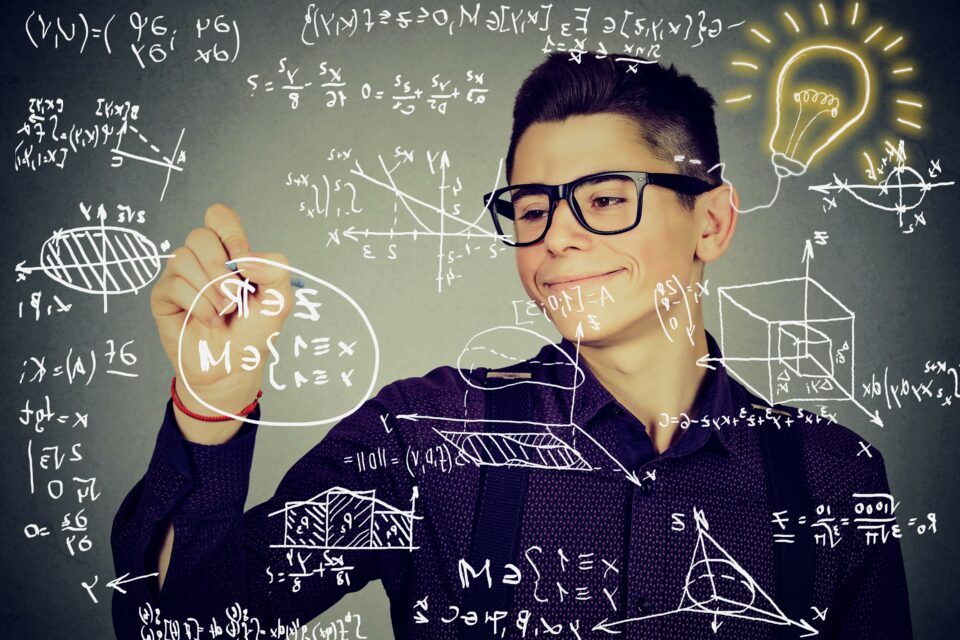 Children may have an “instinct” for solving math problems

A new study published by Frontiers upsets assumptions about what needs to be taught in math class. Most of us think that skills like multiplication and division are learned, but a growing body of evidence suggests that some math skills are inherent.

The study findings indicate that even division is something children can do before formal education begins. This clearly has implications in how math may be taught in the future.

The foundation of the research is the approximate number system (ANS), a theory which states that humans and other primates have the ability to approximate large sets of objects without language or other symbolic interpretation. For example, a child or a chimpanzee can look at three apples and know there are less than 30 apples. The ability to make smaller distinctions four versus three apples, improves into adulthood.

Study co-author Dr. Elizabeth M. Brannon is the head of the Developing Minds Laboratory at the University of Pennsylvania.

“The ANS is universal, and finding ways to harness the ANS might be one of many important avenues to closing the achievement gap,” said Dr. Brannon.

The study was focused on a group of children aged six to nine years, and on another group of college students. Each group was asked to do approximate division both symbolically and non symbolically. The goal was to answer the questions of whether children have an innate ability for division, and also whether this ability grows with education over time.

“This question is controversial because the existing data are mixed,” said Dr. Brannon. “However, our study gives some hope for that enterprise by showing that children can flexibly divide quantities and even symbols before they learn about formal division.”

When division was represented on a screen with dots and flower petals or with numbers, children performed well above chance in their calculations, getting the right answer between 73 and 77 percent of the time, while adults scored around 90 percent.

Perhaps the most interesting finding of the study is that children who could not answer symbolic problems with numbers scored well in the non-symbolic or pictorial math problems.