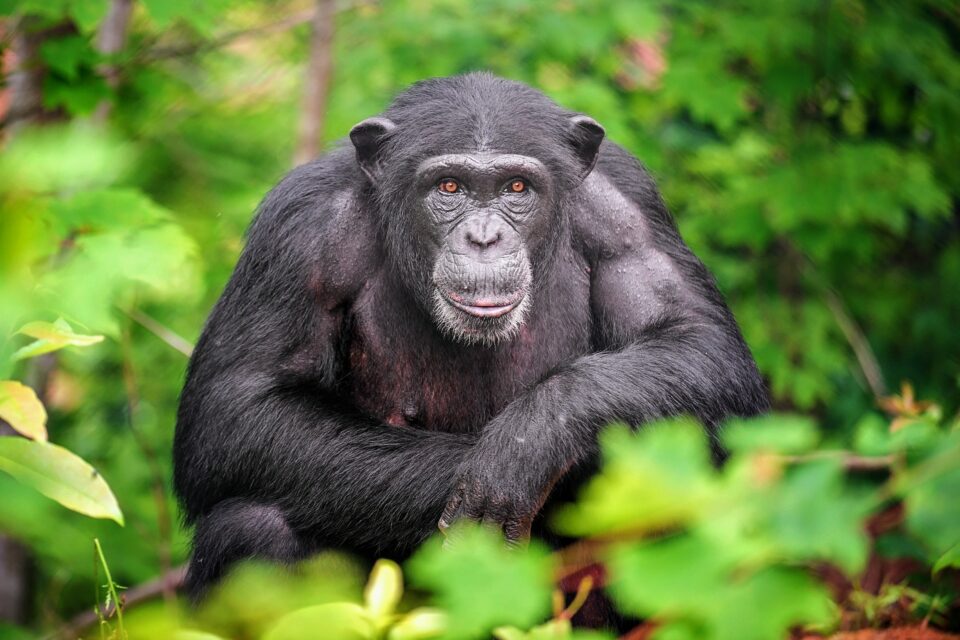 A new longitudinal study led by the Washington University in St. Louis (WUSTL) has found evidence of lasting social relationships between chimpanzees and gorillas in the wild. Drawing from over two decades of observations of primates at the Nouabalé-Ndoki National Park in the Republic of Congo, the experts have documented social ties between individual chimpanzees and gorillas that persisted over several years and across different contexts.

“There are few (if any) studies of interactions between primate species that have been able to take the identity of individuals into account,” said study lead author Crickette Sanz, a professor of Biological Anthropology at WUSTL. “It has long been known that these apes can recognize individual members of their own species and form long-term relationships, but we had not known that this extended to other species.”

“An example of what we found might be one individual traveling through a group of the other species to seek out another particular individual. We were also able to document such interactions over time and in different contexts in this study.”

Such long-lasting forms of inter-species collaboration have several possible benefits, including protection from predation, improved foraging options, and other social benefits from information sharing. “Rather than thinking about chimpanzees alone, we should be thinking about them within diverse and dynamic habitats where they are actively engaging with other species and play an integral role in the persistence of the unique ecosystems in which they exist,” explained study co-author David Morgan, a research fellow at the Lincoln Park Zoo.

While social interactions between members of different species have many benefits, they also increase the risk of transmission of various infectious diseases. For instance, the highly transmissible Ebola virus has already had a devastating impact on ape populations in Central Africa, wiping out one-third of the world’s chimpanzees and gorillas.

“No longer can we assume that an individual ape’s social landscape is entirely occupied by members of their own species,” said study co-author Jake Funkhouser, a doctoral student in Biological Anthropology at WUSTL. “The strength and persistence of social relationships that we observed between apes indicates a depth of social awareness and myriad social transmission pathways that had not previously been imagined. Such insights are critical given these interspecies social relationships have the potential to serve as transmission pathways for both beneficial socially learned cultural behaviors and harmful infectious disease.”

Studying co-existing primates may shed new light on interactions between early hominins. While scientists generally assumed that these hominins would competitively exclude each other from using the same resources, this study suggests that these interactions would have most likely occurred in more tolerant social contexts.