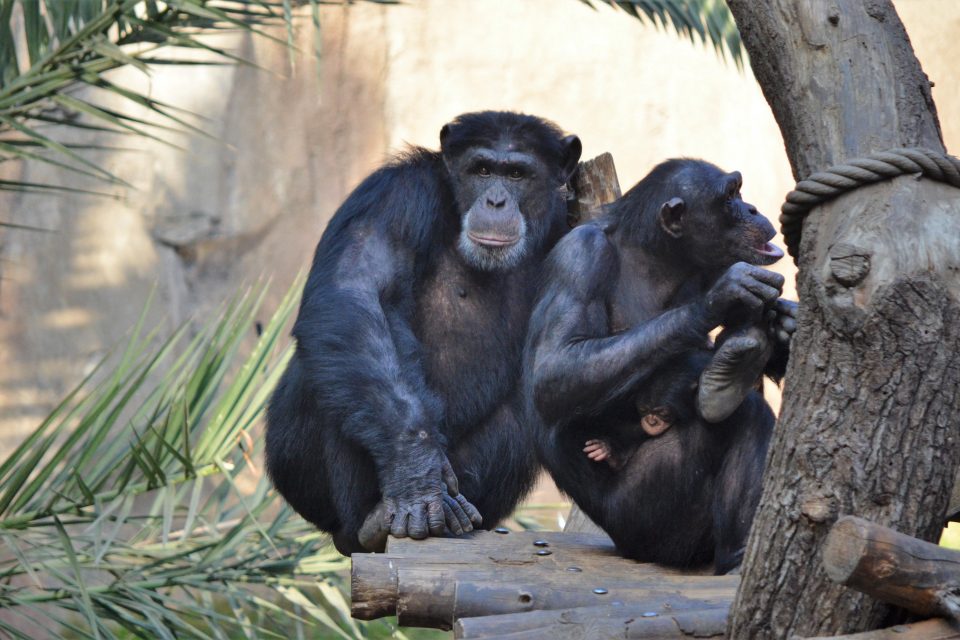 For many species, smell is another form of communication and helps convey social cues. A mother bat, for example, will use scent and listen for special calls to find her pup among large clusters of young.

The right olfactory cue could also help in the search for a mate or be used to determine a group or family member from strangers.

Most mammals rely on scent to some degree or other, but primates have long been thought to possess a poor sense of smell.

Very little is understood about how non-human great apes use smell, but a new study conducted by researchers from the University of Leipzig, the Max Planck Institute for Evolutionary Anthropology, and Durham University provides new insight into social odors and their signals for chimpanzees.

The study, published in the journal Proceedings of the Royal Society B, is the first of its kind.

“Odor might be especially important because most chimpanzees live in dense forests where visibility is low, and because in chimpanzee societies, group members split up into subgroups that may not see each other for days,” said Stefanie Henkel, the lead author of the study.

The researchers collected the urine of two groups of chimpanzees and placed samples along with an unscented control in plexiglass boxes.

This allowed the researchers to monitor the chimpanzee’s response to familiar urine as well the urine from a stranger.

After being presented with the boxes, the researchers videotaped the chimpanzee’s reaction and found that the most time was spent sniffing the boxes that held actual urine.

“Interestingly, in the vast majority of cases, the first investigatory behavior the chimpanzees showed when they approached a box for the first time was related to olfaction, rather than touch or just visual inspection,” said Henkel.

The chimpanzees also discriminated between familiar smells and the smells from strangers and spent longer on the boxes that came from the strange group.

“Chimpanzees are highly territorial, and encounters between groups are mostly hostile – in fact, they sometimes kill individuals from other communities – so olfactory cues might help them to locate other animals and determine whether they are group members or strangers, enhancing their survival and leading to fitness benefit,” said Henkel.

When it came to familiar smells, the researchers found that a chimpanzee would spend more time investigating a box that held urine that belonged to close relative.

Like bats that use scent to find their pups, the study provides the first evidence of kin recognition using scent among great-apes.

“The ability to recognize kin is crucial, because it allows animals to choose appropriate partners for coalitions, avoid mating with close relatives, and avoid killing their own offspring,” said Jo Setchell, a co-author of the study. “Our results help us to understand the evolution of primate chemical communication and suggest that we should pay more attention to olfaction in apes.”