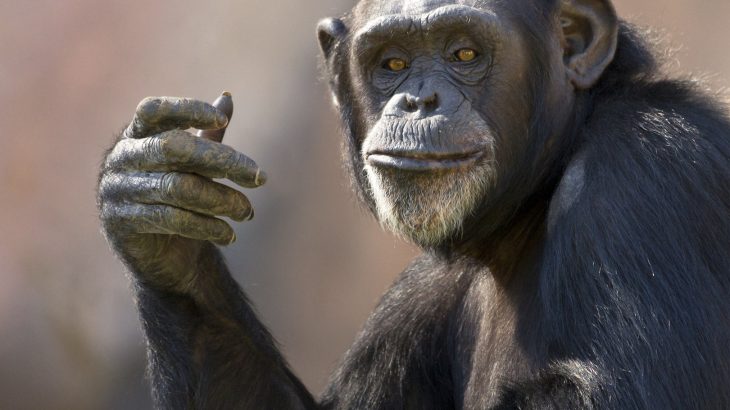 A new study has found that chimps who are more agreeable and sensitive tend to live longer lives.

Researchers from the University of Edinburgh conducted the study to see how personality traits, particularly aggressiveness, in male chimpanzees impacted lifespans.

The results were published in the journal eLife and the study is the largest assessment of individual chimpanzee behavior.

The researchers tested conscientiousness, dominance, extraversion, neuroticism, and openness in chimps to find any potential links to lifespan.

In humans and other primates, these personality traits have been shown to impact longevity, but in chimps, none of these behavioral tendencies affect lifespans.

Non-human primates that are more extroverted or conscientious have been shown to live longer but in chimps, it’s cooperation and protectiveness that has the most impact on longevity.

The researchers reviewed analyzed personality questionnaires and survival data from 538 captive chimpanzees in the UK, US, Netherlands, Australia, and Japan, to find which personality traits were linked to longevity.

Zookeepers and caretakers filled out the personality questionnaires using animals they had been working with for 7 to 24 years.

Male chimps who were more co-operative and sensitive lived longer than the chimps who exhibited more aggression.

“Studying the personality of chimps – one of our closest biological relatives – suggests that the quality of our social relationships can significantly impact our lives,” said Drew Altschul, an author of the study.

Agreeable male chimps were more likely to live longer, and female chimps that were more open and adaptable to changes in their environment had longer lifespans.

“The present study is a reminder of the complex, multifaceted nature of personality and sex, social relationships and the life course in chimpanzees,” the researchers concluded. “It also shows how studying the personality of our biological kin reveals that, as in humans, it is not the quantity of social relationships that matters, but the quality.”