Chimpanzees are picky about friendships when they get older • Earth.com 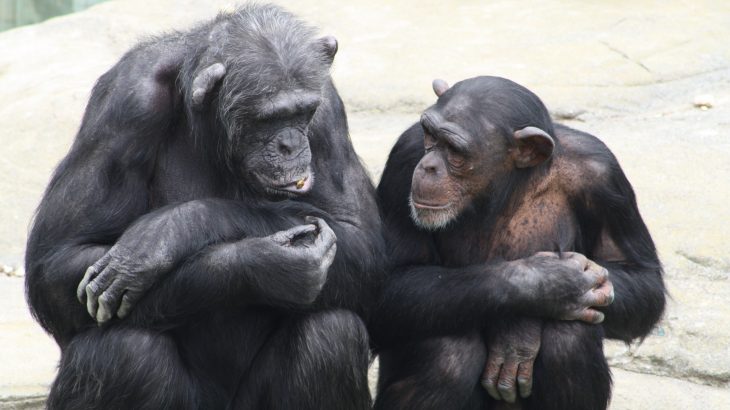 Harvard researchers have found that, like humans, chimpanzees become very selective about who they socialize with later in life. As people get older, they begin to favor smaller social circles, focusing on friendships that are already established rather than seeking out new ones. Chimpanzees are surprisingly similar, and gravitate toward more meaningful relationships in their older age, according to the study.

When it comes to people, adults tend to steer clear of drama and conflict and lean toward positive relationships – a preference known as a positivity bias. Prior to this study, however, there was no evidence to suggest that nonhuman animals actively select who they socialize with during aging.

A team of psychologists and primatologists analyzed the social interactions of 21 male chimpanzees between the ages of 15 and 58 years old in the Kibale National Park in Uganda. The study was based on 78,000 hours of observations from more than two decades.

The researchers focused on male chimpanzees because they exhibit stronger social bonds and have more frequent social interactions compared to female chimps.

The team recognized much of the same behavior in aging chimpanzees that is seen in aging humans. For example, the older chimpanzees preferred grooming and spending time with chimps they had developed mutual bonds with over the years. Meanwhile, the younger chimps engaged in many one-sided relationships where grooming was not always returned.

The males spent more time alone when they were older, but also made time for their important social partners, such as aging mutual friends. Just like older humans who seek out peace and quiet, there was a noticeable shift among chimpanzees from negative interactions to more positive ones as they got older.

“The really cool thing is that we found that chimpanzees are showing these patterns that mirror those of humans,” said Professor Alexandra Rosati. She said that future research may help to determine if these behaviors constitute the normal or successful course that aging should take. “There’s really a pressing need to understand the biology of aging. More humans are living longer than in the past, which can change the dynamics of aging.”

A prevailing theory as to why people prioritize close, positive relationships during aging is known as socioemotional selectivity. This theory proposes that the central process driving social selection during aging results from people becoming aware that their time is running out and wanting to make the best of that time. The findings from the Harvard study, however, suggest there is more to understand.

“Even though chimps are very smart, they do not understand they’re going to die,” said Professor Zarin Machanda. “Much more likely something else is going on in chimps to explain why their relationships become more positive as they get older, and then the question is what applies to chimps the same as what applies to humans.”