Chimpanzees are learning to safely cross roads to not get hit • Earth.com 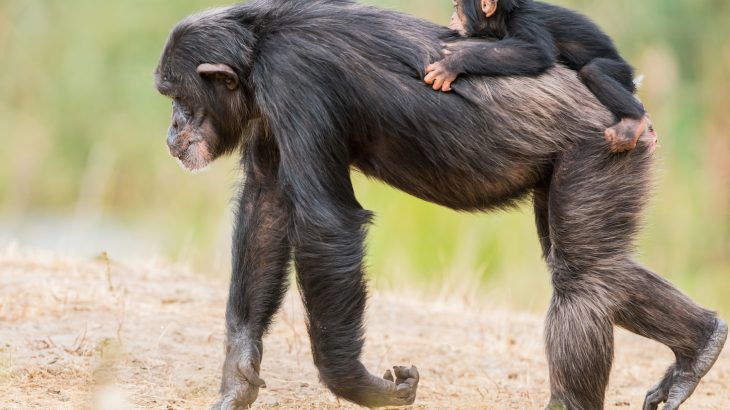 Chimpanzees are learning to safely cross roads to not get hit

Many of the world’s primates are threatened with extinction including gorillas, Bornean orangutans, macaques, and spider monkeys.

For chimpanzees in West Africa, habitat loss, poaching, disease, and altercations with local communities are all contributing to their demise.

Anthropologists from Kent University, the Autonomous University of Barcelona, and Spain’s Institute for Game and Wildlife Research teamed up with the Tacugama Chimpanzee Sanctuary in Sierra Leone to study how chimpanzees are adapting to habitat changes and encroaching human settlements.

The researchers set up 24 infra-red digital cameras across the Moyamba district in south-western Sierra Leone, recording and monitoring chimps in the area for eight months.

Chimpanzees are attracted to human settlements where fruit farms yield tasty treats for those brave enough to get close to them, and the cameras captured the primates eating mangoes and pineapples close to human-inhabited areas.

However, the chimpanzees were smart enough to avoid busy times during the day when humans were more likely to be around.

Chimpanzees in the Moyamba district are learning to adapt to live close to humans, but if infrastructure and expansion do not consider the fragmented habitats of chimpanzees, the researchers fear that the primates will not be able to keep up with the fast pace of urbanization.

“If we want to secure their long-term survival, it is crucial that successful protection measures should benefit people and chimpanzees alike,” said Dr. Tatyan Humle, a member of the research team. “Conservation actions should focus on education and helping farmers to implement alternative agricultural methods to slash and burn farming and environmentally-friendly revenue generating activities to ensure coexistence between the two species.”

A study detailing the findings was published in the journal Plos One.