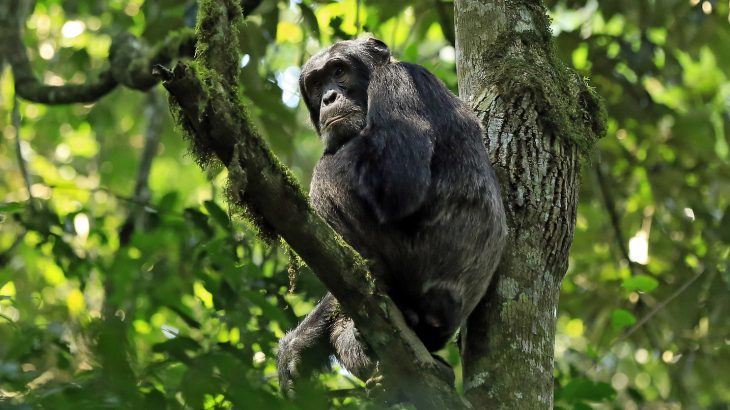 With zoonotic diseases, the concern is often which viruses we can catch from an animal. Rarely do we hear about animals being infected by the same diseases as humans.

But a little less than two years after it was discovered that chimpanzees in Uganda were dying from the “common cold,” researchers from the University of Wisconsin-Madison identified two more human respiratory viruses infecting communities of chimps in the same region.

A team of researchers, led by Tony Goldberg, an epidemiologist and professor at UW-Madison, studied chimp communities suffering from two simultaneous outbreaks of respiratory viruses between 2016 and 2017.

The researchers published their findings in the journal Emerging Microbes and Infections.

One group, the Ngogo community, lost 25 chimpanzees and 44 percent of the 205 members in the community became infected during the outbreak.

The researchers were able to collect the bodies of recently dead chimpanzees in Uganda’s Kibale National Park before they had decomposed which allowed them to conduct a rare post-mortem comparison between the two chimp communities.

“This was really shocking,” Goldberg said in a UW-Madison news release. “At the time, we were convinced that the same virus must have been causing both outbreaks, especially considering that the outbreaks were happening at exactly the same time.”

Both viruses are common in humans.

“These are very common human viruses that circulate worldwide and cause ‘the sniffles’ in kids,” said Goldberg. “In people, they are no big deal unless the patient has asthma or another underlying condition.”

But for the chimpanzees, it’s a different story, and these common cold viruses are causing more severe symptoms.

In 2013, researchers discovered that the human cold virus rhinovirus C was infecting chimps in Uganda, but this new study shows that chimps are susceptible to a wide range of respiratory viruses that originate in humans.

“So, it seems like a plethora of common and mostly benign respiratory viruses of people can be transmitted to chimps in this part of the world, causing disease and sometimes death,” said Goldberg.