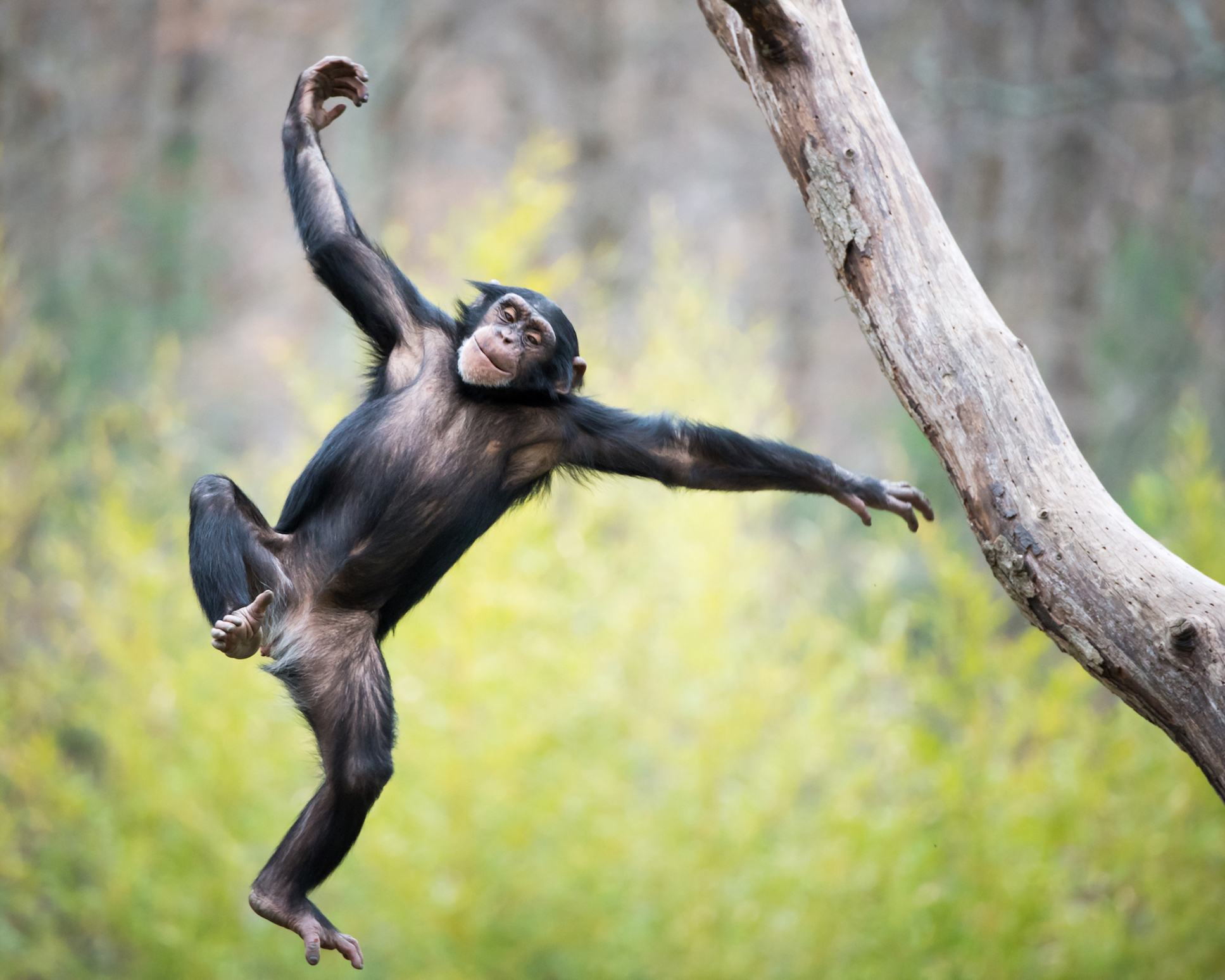 Chimps learn better from beta females than from alpha males

In the chimpanzee world, the strongest male is king. But that doesn’t mean the alpha male is necessarily the group’s best teacher. That’s the conclusion reached through puzzle box experiments conducted by researchers from Scotland’s University of St Andrews, who worked with a group of 38 chimps at a research center in Texas.

The puzzle box contained a payoff of two pieces of fruit in separate chambers, each of which unlocked by sliding a door in a different direction. In four separate groups, two groups of low-ranking females and two of alpha males, the chimps were taught how to open one door or the other – not both. The chimps were then brought back to separate groups and were given 20 minutes over two consecutive days to “train” others in their group by opening the box in front of them. The observer chimps were then left with the puzzle boxes for eight-hour periods to see if they could figure it out.

Observers of the females picked up on what they saw faster than groups that watched the dominant males. Researchers theorized that the behavior patterns of the leaders might have deterred others from learning from them.

In a Science News article, Dr. Stuart Wilson, a primatologist at the University of St Andrews, said, “Alpha male chimps are large, powerful and prone to temper tantrums, so it makes sense to be vigilant for signs of what they’ll do next.”

In other words, their groups might have been so distracted watching for aggression in their leaders that they paid little attention to their box-opening techniques.

Another interesting finding was that two low-ranking female observers of dominant males figured out how to open both chambers for two fruit treats. In one instance, a dominant male teacher learned the improved method from the lower-ranking female.

Why did the females learn faster? One theory is that low-status chimps must be more creative when it comes to finding food because they have less access to it.