City birds lay larger eggs due to their diets • Earth.com 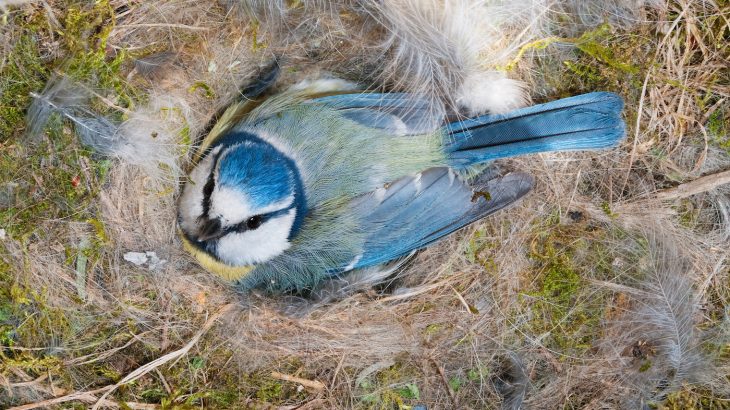 City birds lay larger eggs due to their diets

Birds in forests with lower levels of calcium in their diet lay smaller eggs than birds in urban areas, according to a new study.

Researchers from the University of Lodz conducted the study, published in the journal Frontiers in Zoology, and found that blue tit eggs in an urban parkland were five percent larger than eggs laid in a forest nearby.

The researchers set up two experimental sites ten kilometers apart in Central Poland for a lengthy observational study to assess how different environments and food availability impacted a bird’s eggs.

Observations and measurements on size, shape and the number of eggs laid by the blue tits at the two sites were recorded by the researchers every day for 12 years.

The researchers had data on 8,573 eggs from 771 complete clutches at the end of the study.

Besides differences in shape, the researchers also found that eggs in the forest environment were more rounded which could also be due to the lack of calcium. A rounder egg needs less calcium for the chick to thrive compared to more oblong shapes.

“Poor availability of calcium in the forest environment we studied- for example due to smaller numbers of shelled snails – may have created a pressure of natural selection towards producing smaller eggs, more spherical eggs, so that the limited calcium was used more economically,” said Jerzy Banbura, the corresponding author of the study. “The larger eggs and smaller clutch sizes in urban areas may reflect the greater availability of calcium in this environment.”

Banbura noted that while some trade-off between size and shape of eggs was expected, the extent of how egg size differed between the two environments went beyond the hypothesized expectations.

The researchers also documented an overall decrease in egg size between the two sites by the end of the study period.

“The decrease in egg size over the study period was surprising because it has often been suggested that global warming would increase egg sizes,” said Banbura. “However, global warming also causes more frequent extreme weather events, which make the environment less predictable in the short-term; this may contribute towards the decreasing trend in egg size we found.”