Pointy bird eggs evolved to keep them from rolling off cliffs • Earth.com 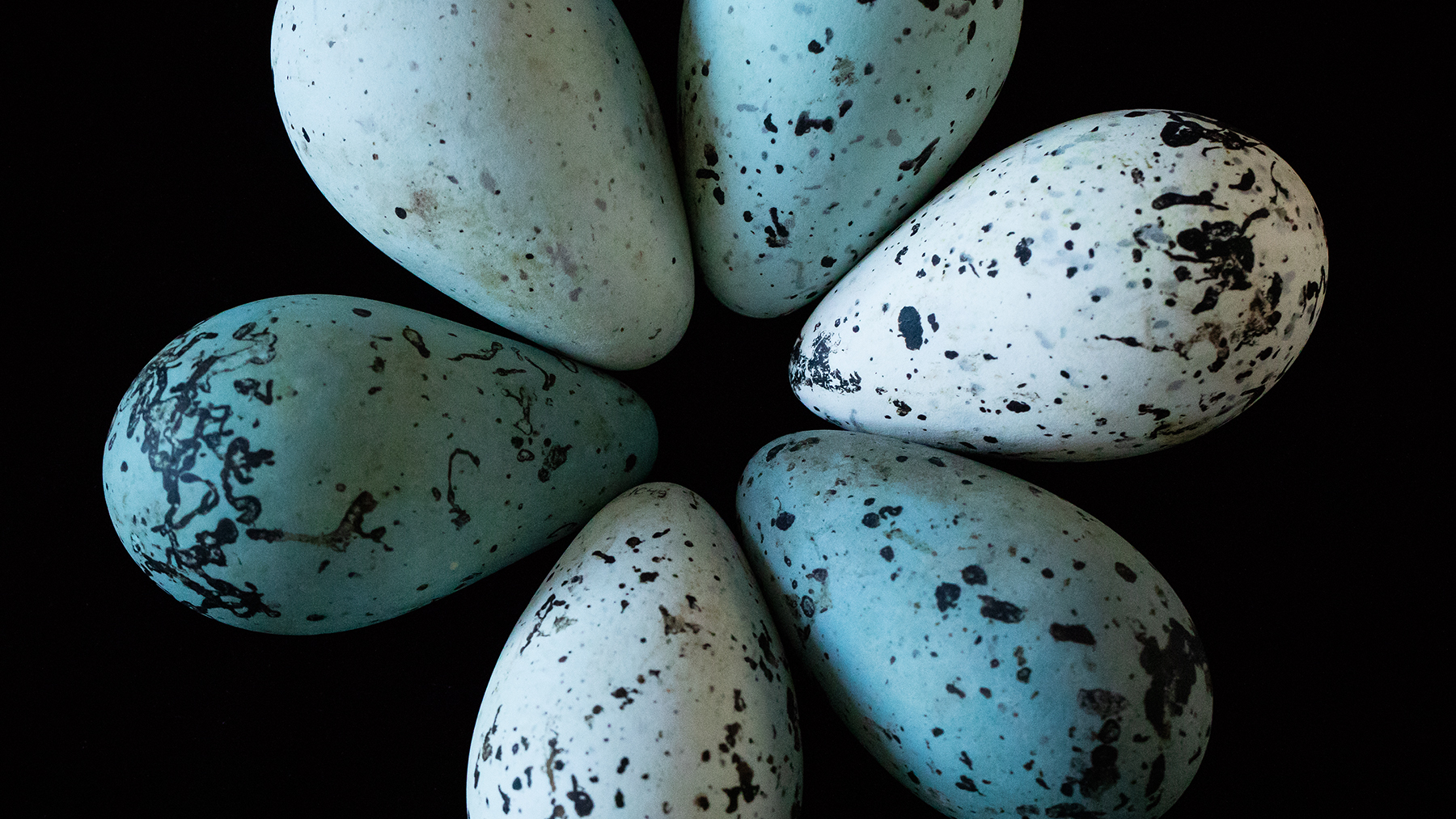 Pointy bird eggs evolved to keep them from rolling off cliffs

A study from the University of Illinois at Urbana-Champaign has found that natural selection is responsible for the shape of the pointy murre egg. The ledges where these eggs are laid by common and thick-billed murres are often high up on seaside cliffs and can be very narrow. The researchers determined that the shape of the eggs evolved to help keep them safe.

Study co-author Mark Hauber is a professor of Animal Biology at the University of Illinois. He explained that many experts have theorized that the unique shape of murre eggs makes them less likely to roll off the ledges of cliffs.

“Very little is known about how the murre egg shape affects its stability and viability in this setting,” said Professor Hauber. “But earlier studies failed to isolate specific features of the eggs – such as elongation, asymmetry and conicality – to robustly test this hypothesis.”

In order to investigate, the team used a 3D printer to create eggs of different shapes and sizes. By singling out certain shape variables and using an egg-roll test, the researchers were able to determine which factors were most capable of keeping the eggs from moving too far.

“We found that conicality – the degree to which the pointed end of the egg mimicked a cone – suppressed egg displacement on surfaces inclined more than 2 degrees,” said Professor Hauber.

At lower inclines, conicality only mildly increased egg displacement. In addition, the team found that increasing the length of the egg relative to its girth increased its tendency to roll further from its original position.

“In general, an egg’s conicality was the most reliable predictor of its likelihood of staying put on inclined surfaces,” said Professor Hauber. “This finding provides experimental support for natural selection shaping the unique form of murre eggs amongst all bird eggs.”