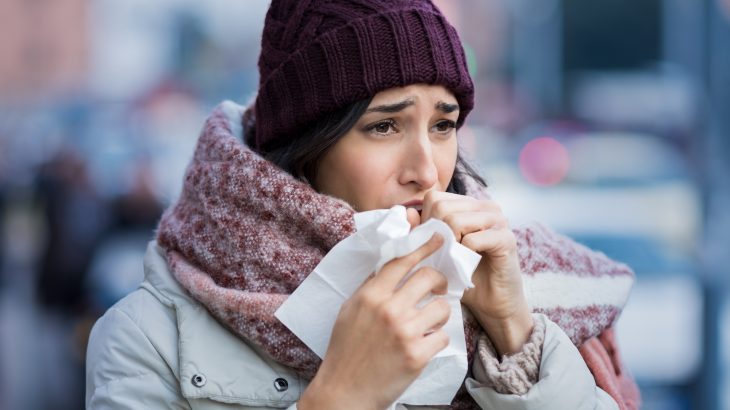 Predicting the outbreak trends for influenza – a virus that infects millions in the U.S. each year, killing tens of thousands – is extremely important to public health. Flu viruses spread and evolve through a range of animals, which provides information that scientists use to more accurately predict which strain human populations should be vaccinated against. But predicting when flu season will start, and which strain it may be, is no easy task.

A new report published in Science has found that the more people a city has, and the more organized its populations movements, the longer its flu season will last – even if climatic conditions aren’t favorable for the spreading of influenza. This study could be an important step towards improving the accuracy of influenza outbreak predictions.

Factors related to immunity, social crowding, shifting climatic conditions, and many others have previously been believed to dictate the size and shape of seasonal influenza outbreaks. But to more accurately predict these outbreaks, it’s now clear that researchers must assess an array of processes, from urbanization to climate.

In an effort to increase accuracy, researcher Benjamin Dalziel of Oregon State University and colleagues analyzed weekly flu incidence data. This was represented by data on U.S. patients visiting doctors’ offices with flu-like symptoms between 2002 and 2008. The data covered over 600 regions throughout the U.S., all varying in size and structure – including transportation patterns.

Results showed that influenza spreads differently in urban centers with pockets of high population density connected by organized movement. In these areas, cases of the flu were more vastly distributed through the winter months, even early or late in the season when the weather isn’t optimal for viral transmission. In smaller cities, flue cases were more tightly grouped in a short period during the peak flu season. These patterns consistently emerged year after year.

The researchers also analyzed the influence of specific humidity –a key weather metric – on flu outbreaks. They found that as specific humidity decreases, the moisture droplets that infected individuals expel when coughing remain viable in the air for longer. Through modelling, they determined how local humidity patterns in certain regions contributed to differences in flu patterns – as it was found that flu epidemics were more intense in cities with more significant shifts in humidity.

All of these findings could be integral to helping both scientists and policy makers better control flu outbreaks. While eliminating influenza altogether is wholly unrealistic, reducing the number of people who get sick is now a much more viable option.