Cleaning up the ocean by converting plastic waste into fuel • Earth.com 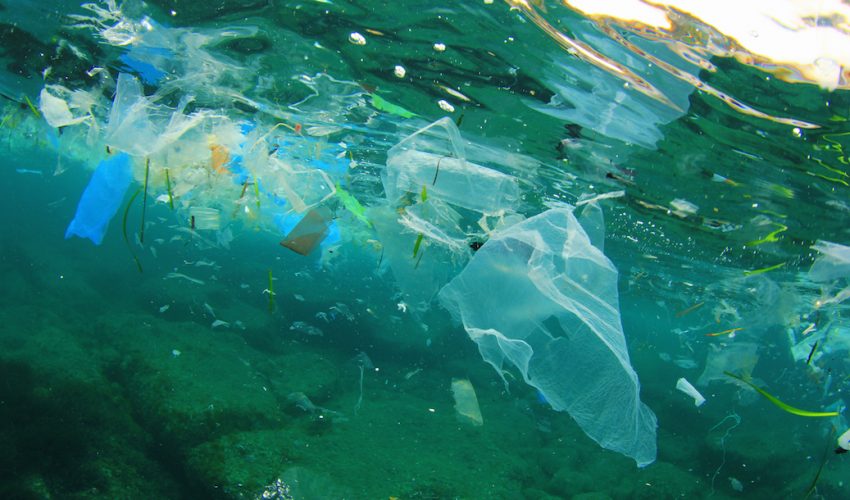 Cleaning up the ocean by converting plastic waste into fuel

With billions of pounds of plastic waste filling our oceans, scientists are looking for any viable option to help clean up this mess. As luck would have it, so was James E. Holm, a sailor with over 40 years of experience on the ocean.

Holm has teamed up with Swaminathan Ramesh – a Ph.D. organic chemist – in order to develop a process that reuses certain plastic by converting it into diesel fuel using a small mobile reactor.

Ramesh had been searching for a new “killer idea” with the potential to change the world, when he happened to meet Holm. Ramesh started a new company – EcoFuel Technologies – and they both soon began working to streamline a technology that uses hydrocarbon-based plastics as a fuel source.

The process of breaking down plastic waste using pyrolysis technologies has generally been an expensive and complex operation. For that reason, Ramesh began to develop a catalyst system coupled with a controlled pyrolysis reaction to convert plastics to diesel fuel without the need for further refining.

His final product is cost-effective on a small scale, runs at lower temperatures, and is even mobile. This means that it could potentially be placed on boats to convert plastic found at sea into fuel for the vessel.

Ramesh believes they “can scale the capacity to handle anywhere from 200 pounds per 10-hour day to 10,000 or more pounds per 10-hour day. Because of its small size, we also can take the technological process to where the plastic wastes are.” The entire system can fit on the back of a flatbed truck, says Holm.

Both Holm and Ramesh will soon be conducting a demonstration of their operation for the city government of Santa Cruz, CA. City officials are looking to potentially use this technology to process plastic waste that cannot be recycled, as well as create diesel fuel for city vehicles’ to use.

Holm is hopeful that we will eventually see this technology being used around the world, saying “We can even eliminate plastic waste before it gets to the oceans by creating value for it locally on a global basis.” If they are able to achieve their goals, both the people and the ocean will be better off for it.