Climate action should be linked with primate protection • Earth.com 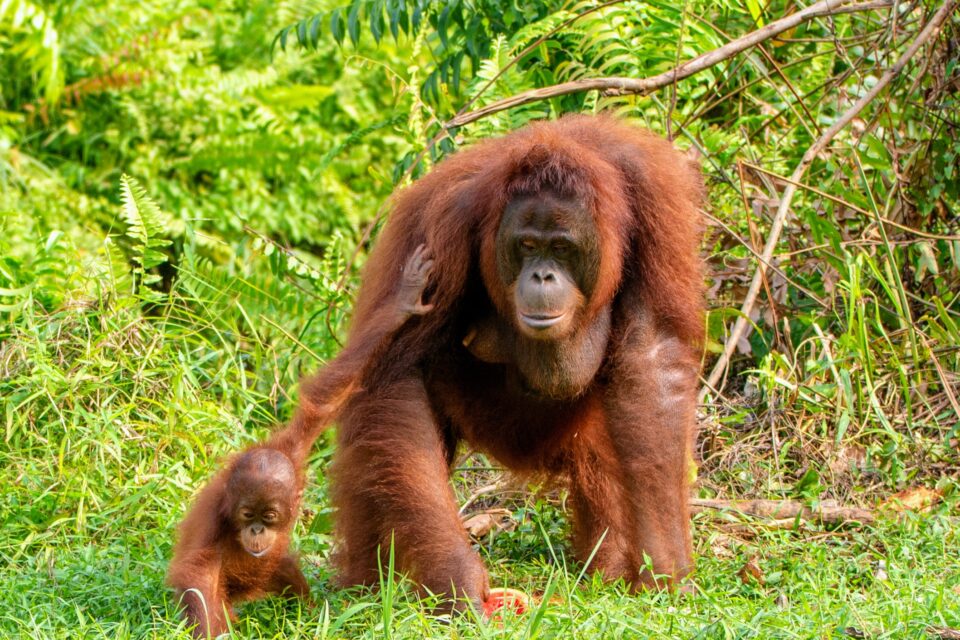 Climate action should be linked with primate protection

A new study led by Oregon State University (OSU) has argued that efforts to conserve the carbon stored in tropical forests would benefit by linking them to policies designed to protect the endangered primate populations that live there. Since climate change and the biodiversity crisis are two of the major problems our planet is currently facing, integrating climate mitigation and biodiversity protection has a greater potential to attract support among both policy makers and the larger public than trying to tackle climate change in isolation.

“Climate change and the biodiversity crisis are two of the planet’s greatest threats,” said study co-author William Ripple, a professor of Ecology at OSU. “And it’s becoming clear that large-scale climate action won’t happen if we treat climate change as a standalone problem.”

Together with Christopher Wolf, a postdoctoral fellow at the same university, Professor Ripple analyzed 340 species of threatened forest primates in terms of how much carbon their habitats are warehousing. The forests’ total carbon stocks of 861 gigatons include 140 gigatons that are characterized as “irrecoverable.” According to Dr. Wolf, among the lands with the highest levels of irrecoverable carbon, there are 635,000 square kilometers that also hold the highest levels of forest primate species biodiversity.

In South America, Africa, and Asia, for instance, many primate species live in “hotspots” – areas with a large amount of irrecoverable carbon that are also high in primate species diversity. Unfortunately, despite their conservation and climate mitigation value, these hotspots remain largely unprotected.

“Conserving irrecoverable carbon is obviously an important objective and policies aimed at achieving it might be more appealing and effective if they were framed in the context of multiple benefits,” Dr. Wolf said.

“The effectiveness of linking irrecoverable carbon and forest primates will depend on policy implementation details,” added Professor Ripple. “For example, some primate species may be especially charismatic and have ranges that are closely aligned with irrecoverable forest carbon. That opens the door to sustainable ecotourism that could provide funding for simultaneously safeguarding primates and carbon.”

However, the researchers warn that any policies must account for local conditions and help support indigenous populations, overall human well-being, and sustainability.

“What we’re arguing for will require extensive collaboration. And primates make up only a single taxonomic order, one that’s heavily concentrated in the tropics. That means efforts are needed to look at the overlap between irrecoverable carbon and species in other taxonomic groups, especially in temperate regions. But the primate-carbon connection is an important start,” Dr. Wolf concluded.