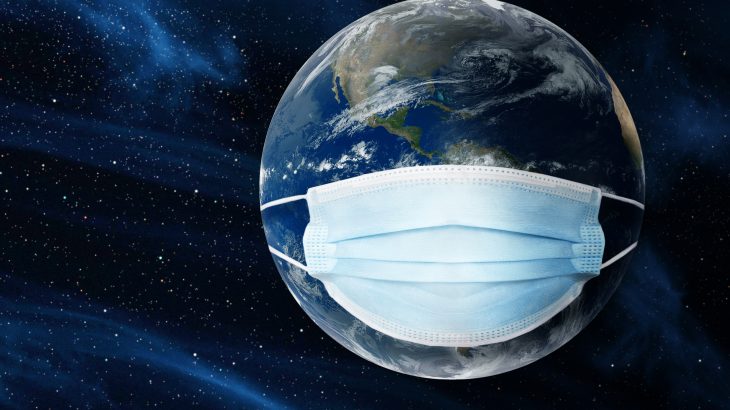 In a new essay, researchers have drawn parallels between the COVID-19 outbreak and the climate crisis. The experts describe how lessons learned from the pandemic could help humanity prevent environmental disasters, including a potential mass extinction event.

Study co-author David S. Wilcove is a professor of Ecology and Evolutionary Biology at the Princeton University Woodrow Wilson School of Public and International Affairs.

“Writing as environmental scientists in countries whose COVID-linked deaths already exceed their military casualties from all campaigns since 1945, we believe there are significant messages from the handling of this horrific disease for efforts addressing the enormous challenges posed by the ongoing extinction and climate emergencies,” wrote the experts.

“Like these twin environmental crises, the SARS-CoV-2 pandemic perhaps at first seemed a relatively localized problem, far-removed from most people’s everyday lives. But a disease epidemic is, at heart, a phenomenon of positive feedbacks, with each new case spawning others. Human impacts on our planet are also characterized by positive feedbacks.”

Early on in the COVID-19 outbreak, experts warned of the impending dangers. The warnings were largely overlooked until the outbreak was widespread. Along the same lines, climate scientists have warned for decades that human activities are causing global warming that could ultimately lead to mass extinction.

“We suggest there are three other striking similarities in the COVID, extinction, and climate crises. The first is that there is no substitute for early action.”

In the case of climate change, early action could have limited additional global warming to 1.5 degrees Celsius. Now, the world is on track to experience an average temperature increase of more than two degrees Celsius, exposing millions of people to more severe climate threats. Early intervention is also critical to protect species from extinction.

“Second, in each case mounting effective and acceptable interventions requires decision-makers and citizens to act in the interests of society as a whole, and of future generations.”

“In the COVID crisis this means young and working people making sacrifices for the older and more vulnerable. For the climate and extinction crises effective action requires wealthier people forgoing extravagance both for the present-day poor and for all future generations,” explained the experts.

“Last, even examined in narrow financial terms, as the immense toll of the COVID crisis on livelihoods and the global economy becomes clearer, estimates suggest that delaying action may ironically reduce prosperity as well as cost lives.”

The International Monetary Fund (IMF) predicts that economic growth will be lower in countries with the highest number of COVID-19 deaths. For countries that delayed lockdowns to protect their economic stability, the strategy may have backfired.

Meanwhile, countries that delay taking actions to reduce their environmental impacts will suffer economic losses from the impacts of climate change.

“Scientists are not inventing the threats of catastrophic climate change or of mass extinction. They are real, and they are upon us. There are many steps we can take even now to greatly diminish both crises. The consequences of continued inaction are too grave to contemplate.”

The essay is published in the journal Current Biology.