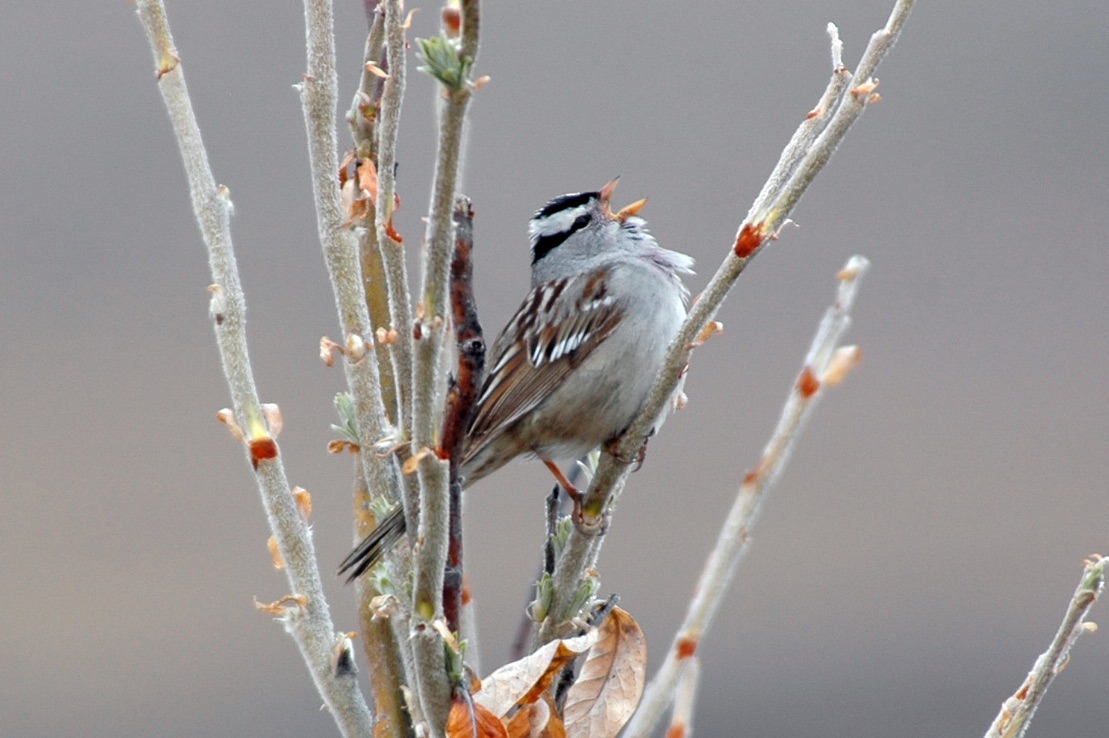 Although tracking technology has made great strides in recent years, giving researchers a closer look at the behavior and migrations of birds, fish, and marine mammals, there are still limitations in studying animals that migrate to the remotest corners of the globe.

For example, songbirds that migrate to the Arctic earlier and earlier every year present a challenge to researchers who are not sure exactly when the birds come to their breeding grounds.

Researchers from Columbia University took up this challenge, and conducted a study using field recordings from Alaska’ North Slope to create an algorithm that could calculate when songbirds migrate to the area.

The results, published in the journal Science Advances, could be an asset to researchers who want to understand how climate change is affecting wildlife around the globe.

“Our methods could be retooled to detect the arrival of birds and other vocal animals in highly seasonal habitats,” said Ruth Oliver, the study’s lead author. “This could allow us to track large-scale changes in how animals are responding to climate change.”

Tracking songbirds and other migratory species that travel thousands of miles is difficult. Songbirds are too small to tag with GPS receivers which are a common way to track an animal’s movements.

The researchers tried a different approach to traditional tracking and in 2010 set up microphones in Alaska’s Brook Range that would pick up recordings of any animals and ambient noise in the area.

For five seasons the researchers recorded noise in tundra from May through July with the hopes that the recordings would show when white-crowned sparrows and Lapland longspurs arrived to mate and raise their young.

After the recordings were finished the researchers had to find a way to quickly analyze the vocal calls and identify which ones signaled the start of the birds’ mating season.

To do this, the researchers trained an algorithm to sift through the data and distinguish bird calls from wind, trucks, and other animal noises. The algorithm was then able to estimate when the birds had arrived.

The algorithm’s estimates matched with the researcher’s own observations in the field.

The ability to quickly sift through data with an algorithm is extremely valuable for researchers looking to get a better understanding of a species or animals’ behavior and patterns over a long period of time.

“An archive of acoustic recordings tells you how biodiversity is changing over time,” said Andrew Farnsworth, a researcher at the Cornell Lab of Ornithology who was not involved in the study.“Understanding the dynamics of songbird arrival and breeding timing is the doorway to thinking about climate change and how temperature, weather, and snowfall are affecting various species.”

Next, the researchers will work on making their algorithm able to identify the bird calls of a specific species while continuing to focus on migration patterns and arrivals of different songbirds to see how climate and environmental changes impact breeding and biodiversity.