The magic of great migrations • Earth.com 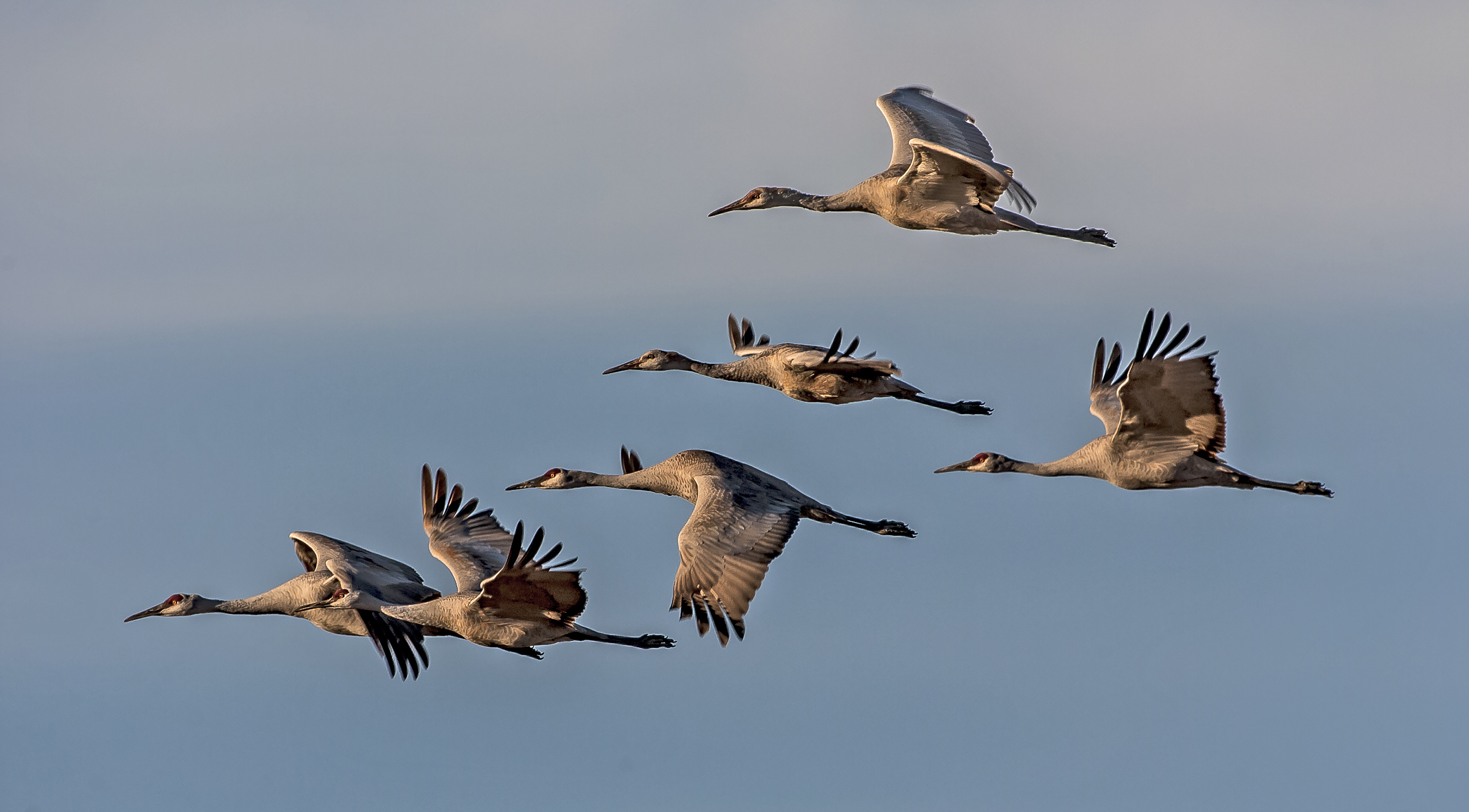 The magic of great migrations

The living world is one of movement; movement vast and tiny.  Reindeer or Caribou make enormous migrations across a vast and to many terrifying landscape.  Migrations like this don’t exclude humans either.  The Sami people of Scandinavia actually herd Reindeer in a sort of recreated natural migration.

One can easily think of traditional cattle herding in the US (and elsewhere) in the same way.  Cattle moved from a summer grazing area to a wintering area are essentially migrating in a similar way to wild animals.  There is even a word for nomadic pastoralism with migrations involved: Transhumance.  I’ve personally seen cows being moved on foot along roads in Madagascar where the cattle men sleep by campfires at night.  Seen from the windows of a public transportation van, fires of the herdsmen give the night an otherworldly flavor.

The difference between herdsmen and people who merely follow game can be a bit blurry as with the reindeer, which are essentially a wild animal being herded.  North American plains natives have long followed the Bison for their livelihood, making the animal a deep part of their cultural identity.  There is a darker side to human interference in migrations.  As Joy Williams recounts in the essay wildebeest in her book, Ill Nature:

“In Botswana in the 1970’s they died by the tens of thousands during the drought, and their populations have never recovered.  It was not that there was no water.  It’s that the wildebeest and many other wild animals were prevented from reaching it by a fence…A hundred thousand wildebeest which had been spread out across a vast wilderness were forced by the fence to take the same migratory route to water that they would never reach…Their heads hanging, they tottered and fell, their eyes plucked out by vultures while they still lived, their ears and testicles chewed off by scavengers while their legs still moved, as though they were moving still toward the water.”

If the bison weren’t already mostly eradicated in North America, one might easily wonder if today they’d face the same fate due to cattle fencing.

There are migrations everywhere though.  The documentary film Elk River shows the impressive annual journey of elk in the greater Yellowstone ecosystem.  The mammals travel over 10,000 foot mountain passes and swim through chilly rivers.  For something even closer to home for most people, find a duck pond or a corn field and watch for Canada Geese or Mallard Ducks.  Canada Goose migrations can be as long as 2-3,000 miles.  However the availability of waste grain and grass in the forms of lawns and golf courses have caused more geese to stay in one area year round than was previously possible.  Satellite tracked mallard ducks travelled on average as individuals almost 875 miles during fall migration according to Ducks Unlimited.

A great migration that holds a special place in my heart is that of the Sandhill Crane.  While my partner Erin and I were living in South Dakota, we figured we were as close as we were ever likely to be to the famed Sand Hills of Nebraska.  The Sand Hills are a prairie habitat of rolling, sandy hills covered in dense grass.  The area is overtaken by farming and in some places the landscape is forbiddingly empty dominated by cut fields when we visited in the fall.  The Platte River dominates the area and is beautiful near Kearney Nebraska.  If you get up early in the morning in March to brave the crisp air or wait for sunset near the river, you won’t be disappointed.  Standing on a bridge over the river, it seems like a never ending procession of cranes is flying overhead.  We didn’t get close but the v’s of red headed birds poured over us in wave after wave.  The air was filled with the trill, unmistakable and indescribable call of the Sandhill Crane.

Nebraska is not the end or beginning of the Sandhill Crane, just a convenient and popular stop over.  The birds are flying from wintering grounds in Arizona and New Mexico to breeding grounds in the Arctic.  In the past native grasses and abundant aquatic wildlife of the river valley provided food for hungry cranes flying enormous distances.  Now the cranes largely subsist on leftover grains from agriculture, mainly corn.  It saddens me to think of these birds being now so dependent on what we as humans consider our garbage or our excess.  In my mind though, I’m standing in the hush chill of Nebraska, I close my eyes and listen carefully to the first early morning trilling in the darkness  and I know all the wildness of the crane isn’t yet gone.  Some creatures still move by the ancient patterns of season and wind and wildness.