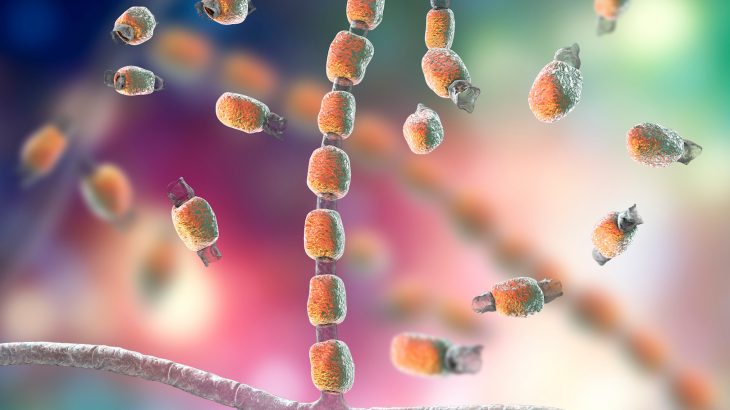 Along with sea-level rise, heat waves, drought, and rising temperatures, climate change will impact the spread of infectious diseases like malaria, lyme disease, and dengue fever.

In a new study, researchers from the University of California, Irvine have found that climate change will increase the spread of a fungal disease endemic to the southwestern United States.

Valley fever is a sometimes fatal fungal infection caused by breathing in the airborne spores of the Coccidioides fungus. In parts of California and the Southwest, Coccidioides grows beneath the surface during brief periods of precipitation.

Once the soil dries, the fungus strands break apart into sports which can be inhaled by construction and agricultural workers, or anyone who disturbs the spores.

Nearly 40 percent of people who breathe in the spores become sick with valley fever and fever, chills, and cough are all symptoms of infection. If the disease travels to the brain, it can be fatal. Most at risk are pregnant women, older adults, and people with HIV as well as people of Filipino and African descent.

The researchers found that as temperatures climb due to climate change, it will increase the range of valley fever. By 2100, the number of individuals infected could grow by 50 percent, and the disease could spread to more states.

Montana, Nebraska, North Dakota, South Dakota, and Wyoming could see cases of valley fever in the coming years, and infection could become more widespread in states like Colorado and Idaho.

“We made projections out to the end of the 21st century, and our model predicts that valley fever will travel farther north throughout the western United States, especially in the rain shadow of the Rocky Mountains and throughout the Great Plains, and by that time, much of the western U.S. will be considered endemic,” said Morgan Gorris, the lead author of the new study.

The researchers started with a valley fever map that shows which states are endemic and then created a model using data on valley fever cases and climate conditions where the disease is common.

“By 2100, for a business-as-usual scenario in which we do not take serious action to limit climate change, we would predict a doubling of the area where this disease is present,” said James Randerson, a co-author of the new study. “It’s a huge expansion and especially worrisome because Valley fever is going to impact previously untouched communities throughout the West.”

The researchers published their findings in the journal GeoHealth.