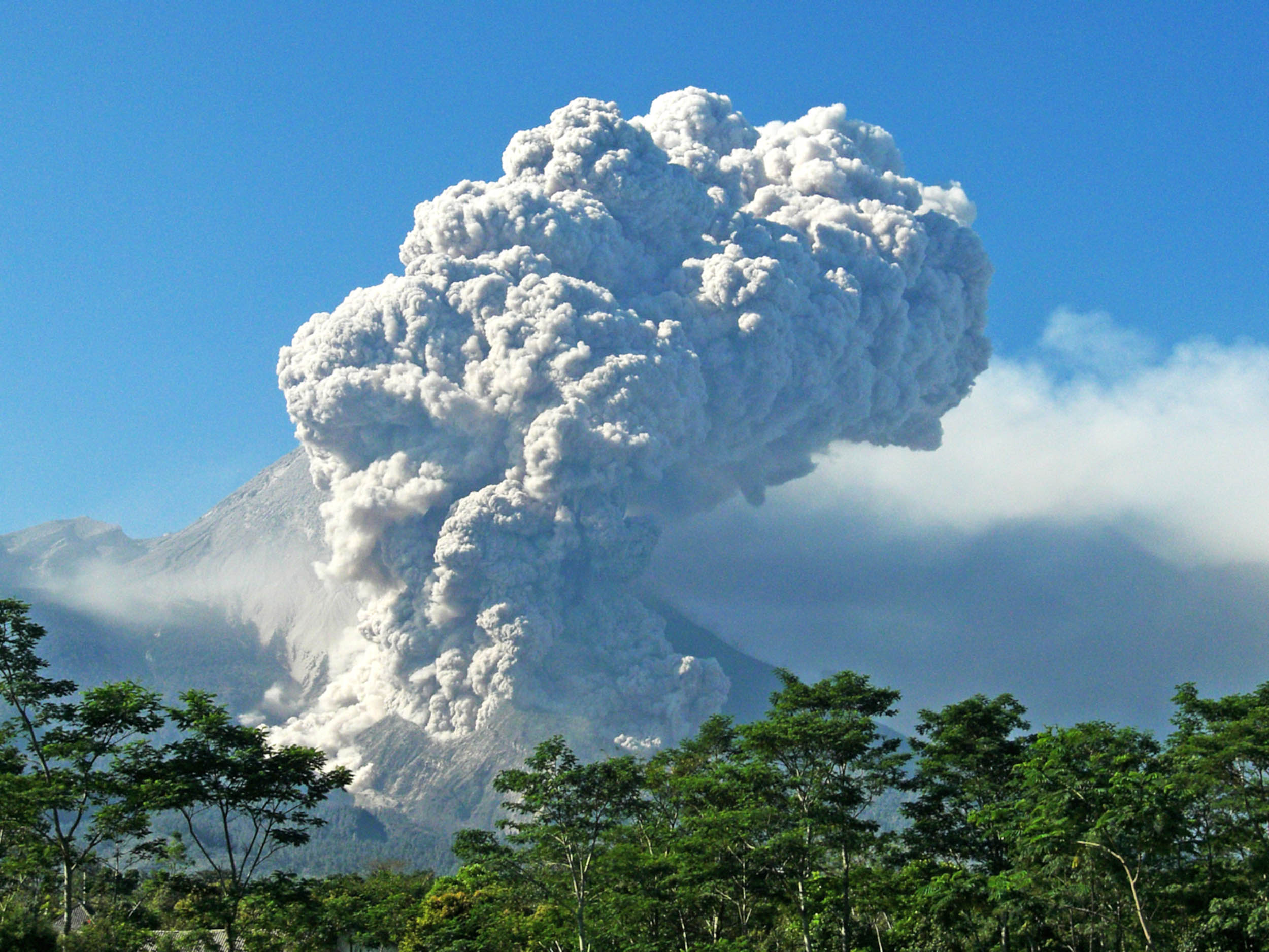 Climate change may impede the cooling effects of volcanic eruptions

According to new research at the University of British Columbia, climate change may impede the cooling effect of volcanic eruptions.

When a volcanic eruption is powerful enough, volcanoes spew sulfur gasses high into the atmosphere, reaching a layer called the stratosphere, about 10 to 15 kilometres above the Earth’s surface. Here, gasses react with water to form aerosol particles that linger in the stratosphere for one or two years, reflecting sunlight and heat from the sun, and cooling the planet. On average, there are anywhere from three to five eruptions that reach the stratosphere every year.

Previous research has shown that as the planet warms, the lower layers of the atmosphere will expand, making it much harder for the gasses to reach the stratosphere. At lower levels, in the troposphere, the gasses quickly get turned into aerosols and clouds and precipitate back down to earth as rain or snow.

“Volcanic eruptions tend to counteract global warming but as the planet heats up and our atmosphere changes, we’ve found that fewer eruptions will be able to reflect the sun’s radiation,” said Thomas Aubry, a PhD student studying climate and volcanoes. “It will be harder for the volcanic gasses to reach high enough into atmosphere to help cool the planet.”

Aubry notes that while the planet continues to warm, scientists have observed a slight decline in the rate of global warming over the last 10 to 15 years. Previous studies have shown that this is partially caused by the number of large eruptions over the last decade that have sent sulfur gasses high up into the stratosphere.

For this study, Aubry, who is a PhD student in professor Mark Jellinek’s lab in the department of earth, ocean and atmospheric sciences, used models of volcanic eruptions and global climate to calculate the impact on gasses released from volcanic eruptions.

According to climate model projections and global warming, Aubry and his co-authors found the amount of volcanic sulfur gasses in the stratosphere will decrease anywhere from two to twelve per cent in the next 100 years. Longer term, they predict anywhere from 12 to 25 per cent less sulfur gas in the stratosphere by the 22nd and 23rd centuries. They say the range is large because it is difficult to predict future eruptions and future greenhouse gas emissions.

To determine the precise impact on the Earth’s surface temperature in the future will require further study. It also raises interesting questions about Earth’s history.

“Understanding this positive feedback loop has provocative implications for understanding climate variability in Earth’s past,” said Jellinek. “In particular, this mechanism may have contributed to Earth’s entry into a long period of global glaciation around 700 million years ago, a theory known as the Snowball Earth hypothesis.”