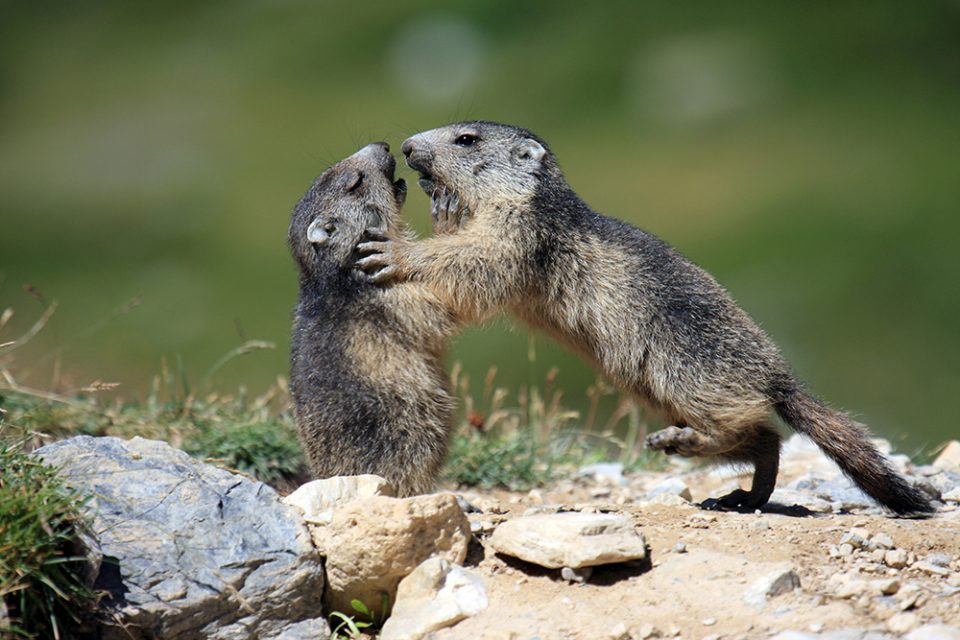 An international team of researchers led by Charité – Universitätsmedizin Berlin has discovered that the alpine marmot has the least genetic diversity of any known animal to date. A genome study revealed that the species lost its genetic diversity during extreme climate events and has never been able to recover.

The alpine marmot is a large rodent from the squirrel family that lives in the high-altitude Alpine meadow. By sequencing the marmot’s genome, the researchers found that all of the individual animals were genetically very similar.

“We were very surprised by this finding. Low genetic diversity is primarily found among highly endangered species such as, for instance, the mountain gorilla,” said study lead author Dr. Markus Ralser. “Population numbers for the alpine marmot, however, are in the hundreds of thousands, which is why the species is not considered to be at risk.”

To investigate what may have driven these animals to such a fragile state, the researchers reconstructed the marmot’s genetic past using a computer-based analysis.

The team found evidence to suggest that the marmot’s adaptation to the colder temperatures resulted in longer generation time and a drop in the rate of genetic mutations. As a result, the animals were unable to regenerate their genetic diversity.

“After all, a lack of genetic variation can mean a reduced ability to adapt to change, rendering the affected species more susceptible to both diseases and altered environmental conditions – including changes in the local climate.”

“We should take the results of the study seriously, as we can see similar warnings from the past. In the 19th century, the passenger pigeon was one of the most abundant species of land birds in the Northern Hemisphere, yet, it was completely wiped out within just a few years. It is possible that low genetic diversity played a role in this.”