What role will climate change play in the midterm elections? • Earth.com 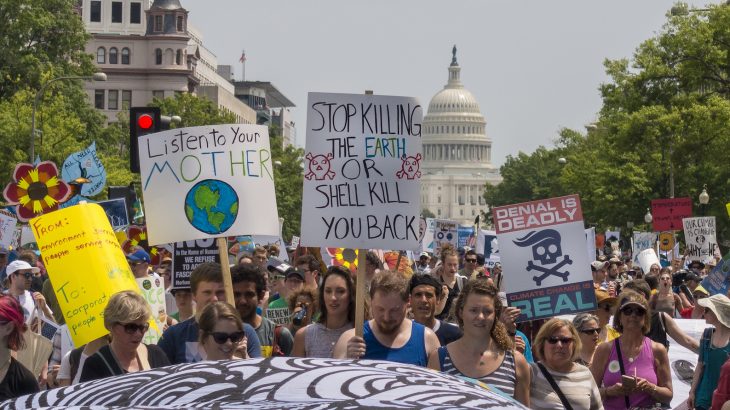 What role will climate change play in the midterm elections?

Polls have shown that a large majority of Americans agree that CO2 emissions should be regulated. Data from the Yale Program on Climate Communication found that in 2016, about 7 in 10 Americans were in favor of regulating carbon pollution from coal-fired power plants.

More recently, a Gallup poll has found that over 60 percent of Americans agree that climate change is happening and humans are the driving force behind it.

Despite the consensus on greenhouse gas emissions, the issue of climate change is, at this point, not a top issue for voters as we approach the midterm elections.

A new report from Time revealed how environmental groups are targeting political figures who question climate science to get more voters thinking about climate change this election.

The aim of environmental groups like the Sierra Club and Red to Blue California is to turn the spotlight on Republican political figures who have repeatedly and publicly downplayed or even denied the impacts of climate change.

In California, a state that has been ravaged by increasingly severe wildfire seasons, U.S Representative Tom McClintock has come under fire by environmentalists for his comments on climate change.

“The climate has been changing for four and a half billion years,” McClintock said in a September debate, according to Time. “The extent to which human activity has a role to play is being hotly debated right now.”

This is an argument that continues to make the rounds with the administration, climate change deniers, and major political party members.

In response, environmental groups have launched several ads and campaigns.

In one campaign headed by the Sierra Club, McClintock is called the “fossil fuel fool.”

“California is burning, but Republican Tom McClintock voted repeatedly against fire protection and relief,” an add sponsored by the Red to Blue California organization says.

McClintock isn’t the only Republican coming under fire in a competitive district. In Michigan and Orange County in California, Democratic candidates are pointing out their opponent’s opinions on climate change as part of their platform.

The reason so many groups are pushing to make climate change a top issue is that more and more evidence is coming to light that for us to have any impact on mitigating climate change, the time to act is now.