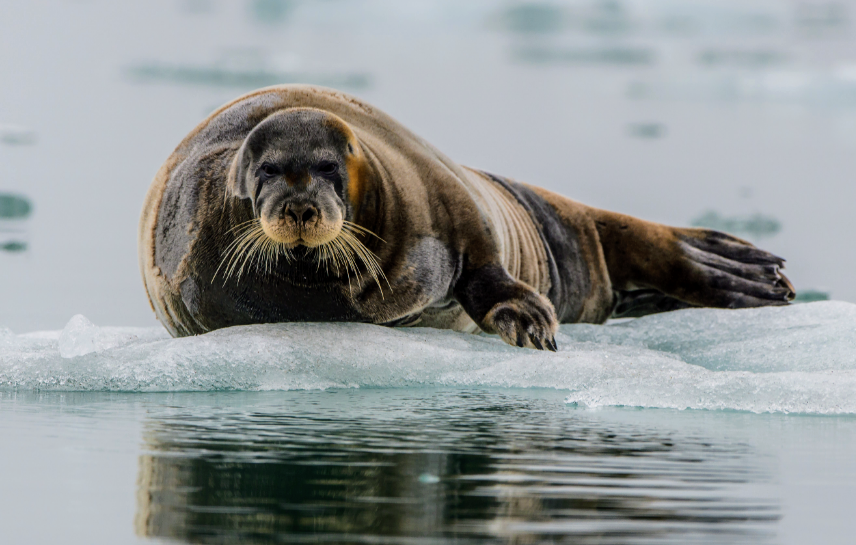 In the small village of Kotzebue, Alaska, seal hunting has been an essential feature of the indigenous way of life since times immemorial. A recent study found that over the past 17 years, climate change has significantly reduced the length of the seal hunting season, threatening one of the locals’ most cherished traditions.

For many generations, the Iñupiaq people of Kotzebue have depended on bearded seals (ugruk) for both food and clothing. The seals congregate on chunks of floating ice from the Kotzebue Sound (an arm of the Chukchi Sea in the western region of Alaska). In the last couple of decades, sea ice decline associated with climate change has shrunk the seal hunting season by approximately one day per year.

“Kotzebue Sound provides important spring habitat for bearded seals, with ice floes as platforms for seals to rest on between foraging bouts,” said study lead author Donna Hauser, a marine mammal biologist from the International Arctic Research Center at the University of Alaska Fairbanks. “We learned from our Kotzebue research partners that hunting ugruk is actually like hunting the right kind of ice.”

With ice floes melting from the Kotzebue Sound almost a month earlier than they did in 2003, the seal hunting season is significantly shortened, offering less flexibility for hunters.

“Now in some years there is only a good weekend or two, and, if people want to maximize their opportunity, they have to prepare before the season even starts,” explained study co-author Alex Whiting, director of the Native Village of Kotzebue’s Environmental Program.

However, researchers found that harvest success has not significantly changed, regardless of the shrinking annual hunting season. What has changed the most is the type of hunting experience. In the past, the ice floes were huge and complex, and hunters had to search for a long time to find seals. Today, they must embark on shorter, but more frequent trips.

If the current rate of climate change persists, ice floes and seals may be further away from Kotzebue across large areas of open waters. This means that hunters will have to face increasing risks and challenges to reach them.

The research was published in the journal Environmental Research Letters.