Climate change could trigger an increase in volcanic eruptions • Earth.com 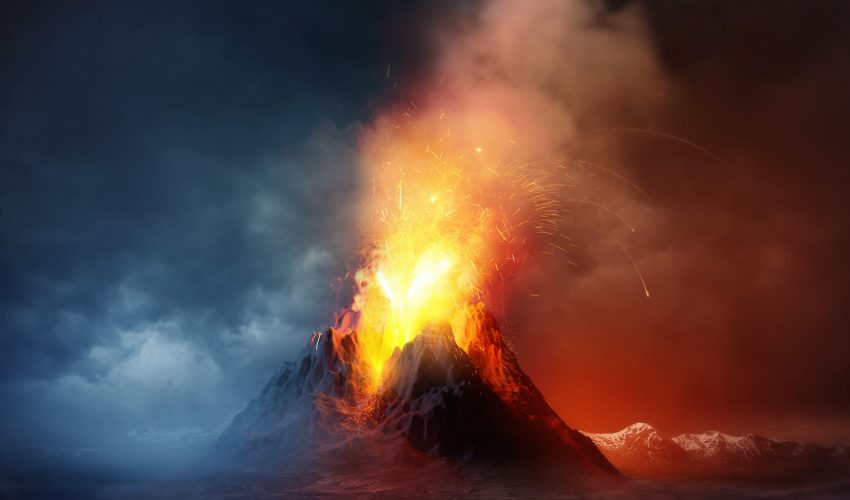 Climate change could trigger an increase in volcanic eruptions

It has been theorized that millions of years ago, the Mediterranean Sea experienced a massive drying out after the Strait of Gibraltar closed temporarily, and the Mediterranean Sea was cut off from the Atlantic Ocean. Now, new research may have proven that this drying out also increased seismic activity in the area at the time. This means that shifts in surface temperatures and geological landscape from climate change could cause an uptick in volcanic activity.

Geologists from the University of Geneva, University of Orleans, University Pierre and Marie Curie in Paris, and the ICTJA-CSIC Institute in Barcelona studied volcanic data from the time the Strait of Gibraltar was closed, otherwise known as the Messinian salinity crisis.

The presence of crystallized minerals, which form as magma cools on the earth’s surface, indicated that the salinity crisis had triggered more than a 200% increase in volcanic activity.

Researchers believe that a total of 13 eruptions were caused by the drying out of the Mediterranean. The drastic changes in pressure and depth caused by the salinity crisis had a major impact on magma production and increased volcanic activity.

“The single logical explanation is the hypothesis that the sea dried out, since this is the only event powerful enough to alter the Earth’s pressure and magmatic production over the entire Mediterranean,” said Pietro Sternai a researcher from the University of Geneva’s Science Department.

As climate change continues to impact the Earth, this research reveals that changing temperatures can even increase seismic activity deep below the Earth’s surface, a possible warning sign of more volcanic eruptions in the future.