Cloud formation is often hampered by clouds themselves • Earth.com 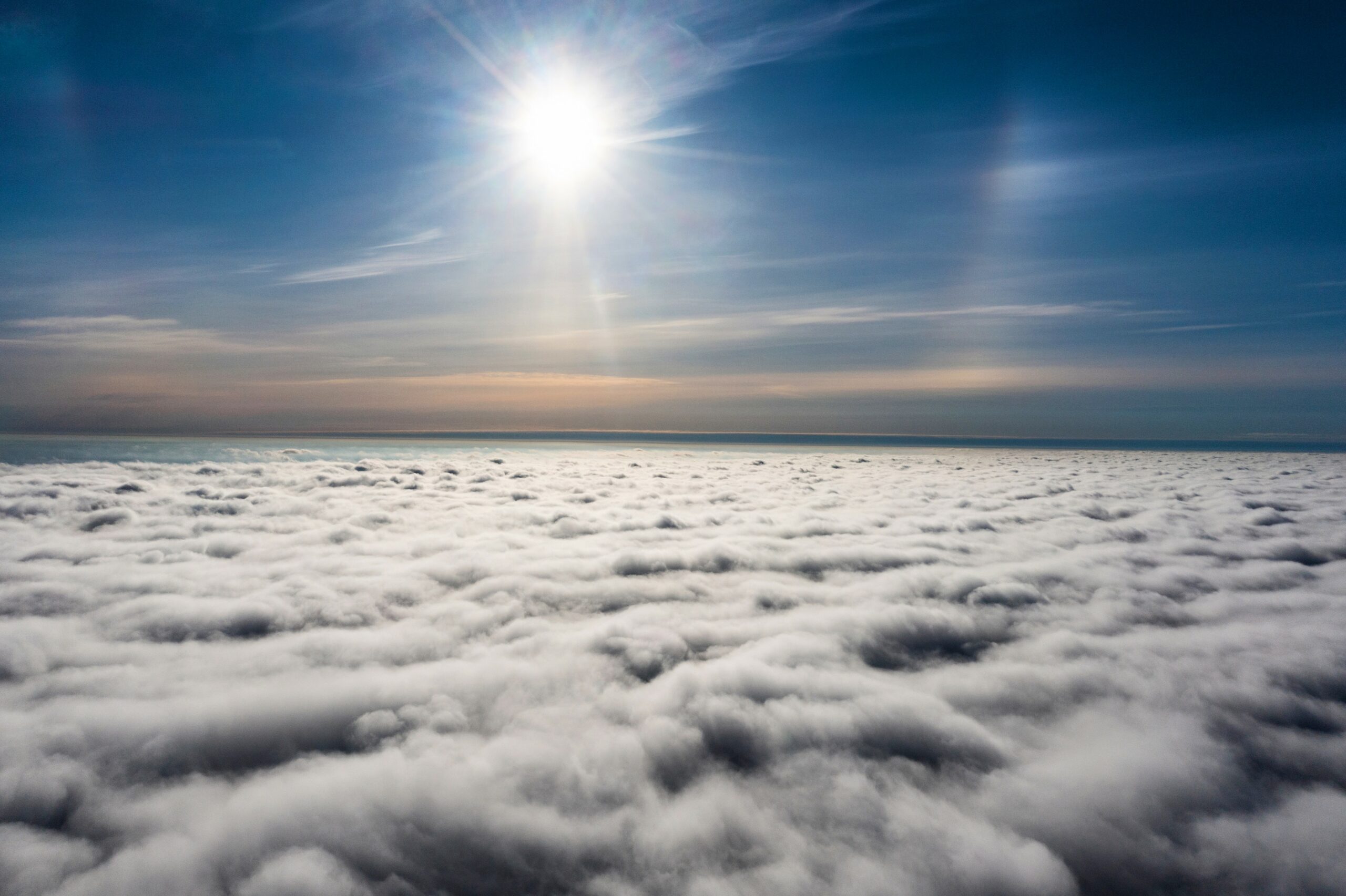 Cloud formation is often hampered by clouds themselves

Marine plankton produce more than 20 million tons of sulfur each year, mostly in the form of dimethyl sulfide (DMS). This makes marine life the most abundant biological source of sulfur to the marine atmosphere. In the atmosphere, DMS rapidly combines with water molecules and forms sulfuric acid. Although this sounds ominous, the molecules of sulfuric acid contribute to the formation of tiny aerosol particles that, in turn, help to produce clouds by giving a site for water vapor to condense and droplets to form.

The results of new research show, however, that more than one-third of the DMS emitted from the sea cannot be used in the formation of new clouds because it becomes dissolved in water droplets in clouds that already exist.

“It turns out that this story of cloud formation was really incomplete. Over the last three or four years, we’ve been questioning parts of that story, both through laboratory experiments and with large-scale field experiments,” explained study senior author Tim Bertram, a professor of Chemistry at University of Wisconsin–Madison. “Now we can better connect the dots between what’s emitted from the ocean and how you form these particulates that encourage cloud formation.”

The pathway that DMS follows on its way from marine organisms to becoming sulfuric acid in the atmosphere is more complex than originally thought. It seems that it forms an oxidation product called hydroperoxymethyl thioformate (HPMTF) that, until a few years ago, was unknown to science. This product dissolves readily in the water droplets of existing clouds, meaning that existing clouds remove the DMS oxidation products and limit the production of condensation nuclei that would help to form new clouds.

Research into the presence of HPMTF molecules in the atmosphere has, until now, been difficult because they occur at such low concentrations. But for the new study, the team used NASA-owned, instrument-laden aircraft to take detailed measurements of these chemicals in the atmosphere over the open ocean both inside clouds and under sunny skies.

“This is a massive DC-8 aircraft. It’s a flying laboratory. Essentially all of the seats have been removed, and very precise chemical instrumentation has been put in that allows the team to measure, at very low concentrations, both the emitted molecules in the atmosphere and all of the chemical intermediates,” said Professor Bertram.

The data from the flights enabled the scientists to model ocean atmospheric chemistry on a global scale. They calculated that 36 percent of the sulfur from DMS is lost to clouds through the formation of HPMTF molecules that dissolve in existing clouds.

Another 15 percent of sulfur is lost through other processes, with the result that less than half of the sulfur released by marine plankton in the form of DMS is available to help nucleate new clouds. In cloud-free areas, more HPMTF survives to become sulfuric acid and this helps to form new clouds.

Clouds play an important role in global climate by controlling rainfall and reflecting sunlight back into space. Until recently, however, the effects that clouds have on atmospheric chemistry over the ocean have been difficult to measure. The flights on the modified DC-8 air craft have changed this. The results show the power of the correct measuring instruments in collecting appropriate chemical information, as well as highlighting the way in which existing clouds can influence the processes that give rise to new clouds.

Accurately predicting the presence and extent of clouds over the world’s oceans will be essential to understanding the effects of climate change in future. “This work has really reopened this area of marine chemistry,” said Professor Bertram.